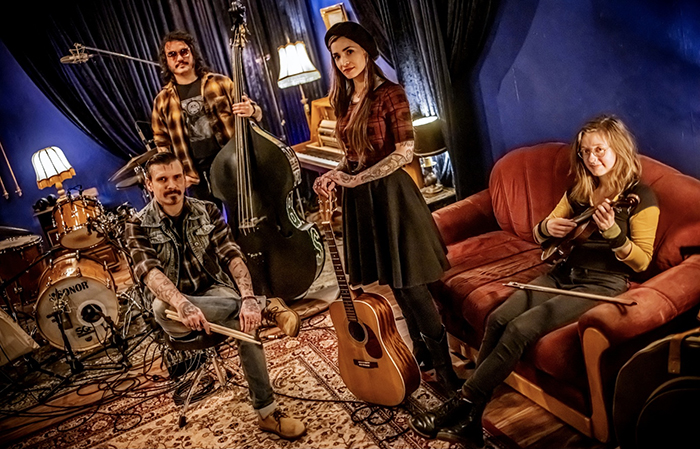 Fighting Demons explores the depths of roots country through Mary Lee’s personal experiences. The album “talks about the demons we face in life, both external and internal, which I believe are the most difficult to handle,” said Mary Lee. “We have to create a power so that we no longer have to face them.” Her songs capture the essence of a musician’s struggle to find healing and redemption through their music, all with Mary Lee’s unique honky-tonk inspired flair.

For anybody who experienced their energetic live shows: Mary Lee Family Band are akin to a high-speed train traveling from Brazil to Berlin, with a quick pit stop in New York for a prayer to the church of punk rock and a shot of whiskey.