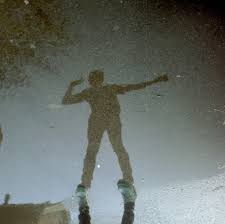 Matthew the Oxx
Matthew The Oxx plays songs from his stunning album ‘First Aid for the Drowning’, released earlier this year on Wild Sound to accolades and spins from BBC 6Music’s Cerys Matthews and Steve Lamacq. One of those rare masterpieces that deserves to become a classic, the summertime ease of the musicality – Americana, folk, country – belies hard-hitting philosophical lyrics that grapple with ontological questions. Oxx has mastered the art of sugaring the mortality pill. Catch him now as part of a UK-wide tour.​

Dan Wilde
Having harnessed a loyal fanbase with two stunning albums and accompanying national and international tours over the last five years, Dan Wilde is gearing up to release his latest record, ‘Rhythm on the City Wall’, on Wild Sound in the spring. An accomplished songwriter of richly observant folk and a brilliant guitarist, in the last two years he has supported Ethan Johns, Cara Dillon, Karine Polwart, Sam Carter, John Smith and Martin Taylor to name a few. Hear him now previewing songs from his beautiful new release.

Mortal Tides
Mortal Tides, energetic and lyrical young indie-folksters who hail from Saffron Walden, have a growing fanbase thanks to a series of stellar live festival appearances over the summer at Folk East and Homegrown along with packed gigs at Cambridge’s Junction and brilliant live radio sesssions. All under 18, they have just put the finishing touches to their debut album which will be out on Wild Sound in January.