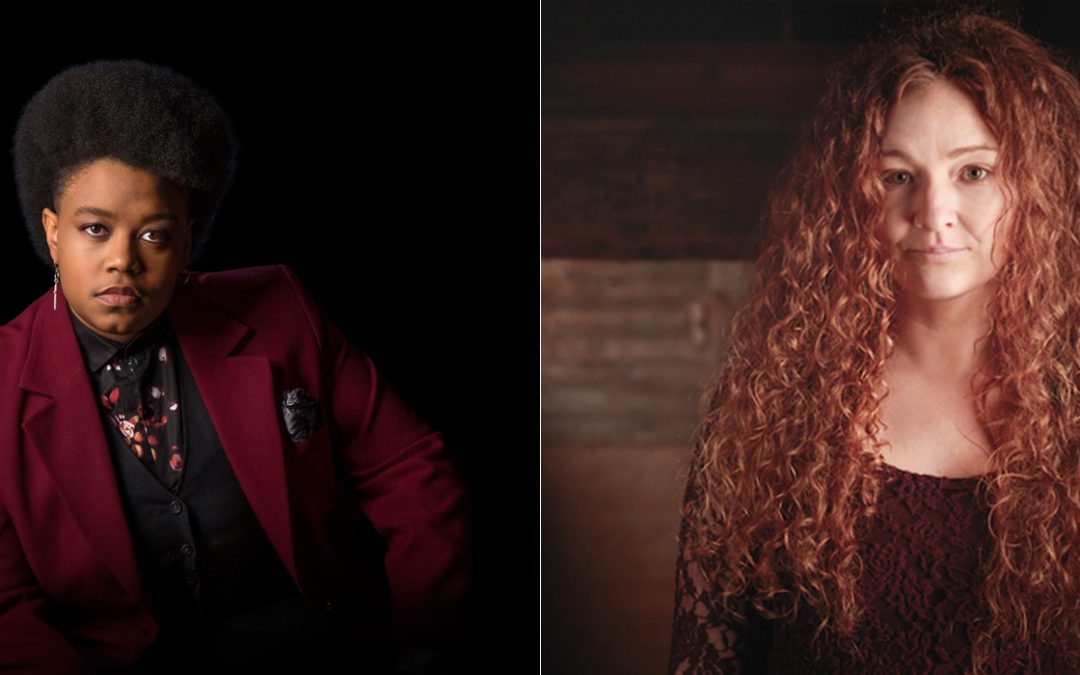 Meaghan Blanchard is a hugely talented singer-songwriter from Prince Edward Island in Canada who has sung and written songs since early childhood. Widely regarded as one of Canada’s finest roots acts, she has multiple awards to prove it.

The Great Escape, her long-awaited new record is a collection of powerful and deeply personal songs, produced by Jim Bryson. It sees Meaghan find her true artistic voice, adding a sharp new edge to her music and building on the foundation of folk and country influences to create a unique signature sound: “It really feels like me, finally”.

“An artist with a vision of how to use her wonderful voice and pair it up with songs that truly move you as a listener.” Maverick

From Johnson City Tennessee, Amythyst Kiah describes herself as a Southern Gothic, alt-country blues singer-songwriter whose influences span decades and diverse styles. Combining rhythm and blues, country and old-time covers alongside startling originals with an angular contemporary twist, she bestrides both the antique and the modern with complete authority. Recent performances in the US, where her star is very much on the rise, include special guest slots with Rhiannon Giddens, Indigo Girls, Old Crow Medicine Show and Valerie June.

“She has rising talent written all over her…Kiah strides comfortably across jazz, blues and even country styles.” The Scotsman
“Amythyst Kiah is going to be famous…the best way to experience her music is in person. I don’t think it’s an understatement to say that Amythyst Kiah will remind you what it is to love live music.” No Depression
“The high priestess of Southern Gothic. Amazing stage presence.“ Mark Radcliffe, BBC Radio 2