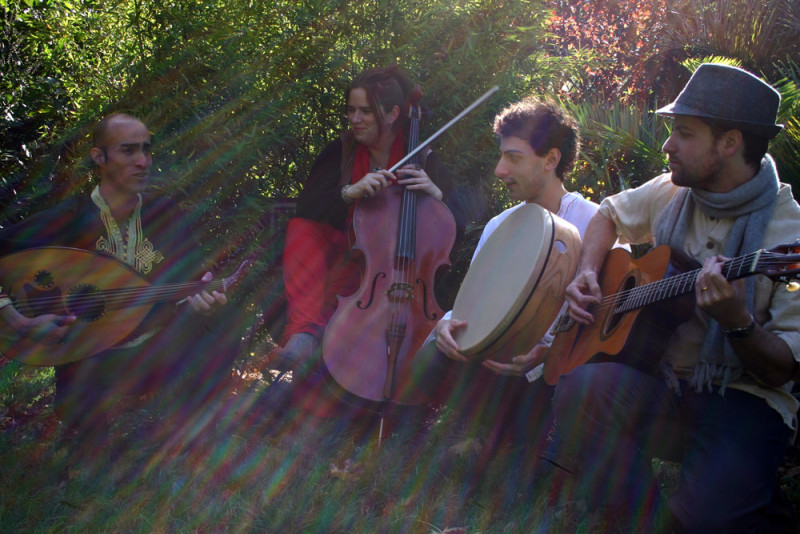 MELANGE: Melange seamlessly blend music from North Africa, the Middle East and Mediterranean, incorporating elements of jazz improvisation and dynamic arrangements. The group was formed by cellist Shirley Smart on returning to London after 10 years living and working in Jerusalem with several of the different traditions there.

The group now performs a mixture of traditional and original material, drawing its inspiration from the above traditions while also reflecting their links also to western music. They combine also traditional and modern improvisation, including both maqam and jazz. Melange is a true reflection of modern cosmopolitanism, comprising musicians from Greece, Spain, Morocco, Iraq, Italy and the UK.

Melange have just released their second album “Via Maris” on Two Rivers Records.

Presented by Mosaic Nights… a monthly residency curated by cellist Shirley Smart, the series features bands and projects which lie in the spaces between jazz, world, folk and classical music.