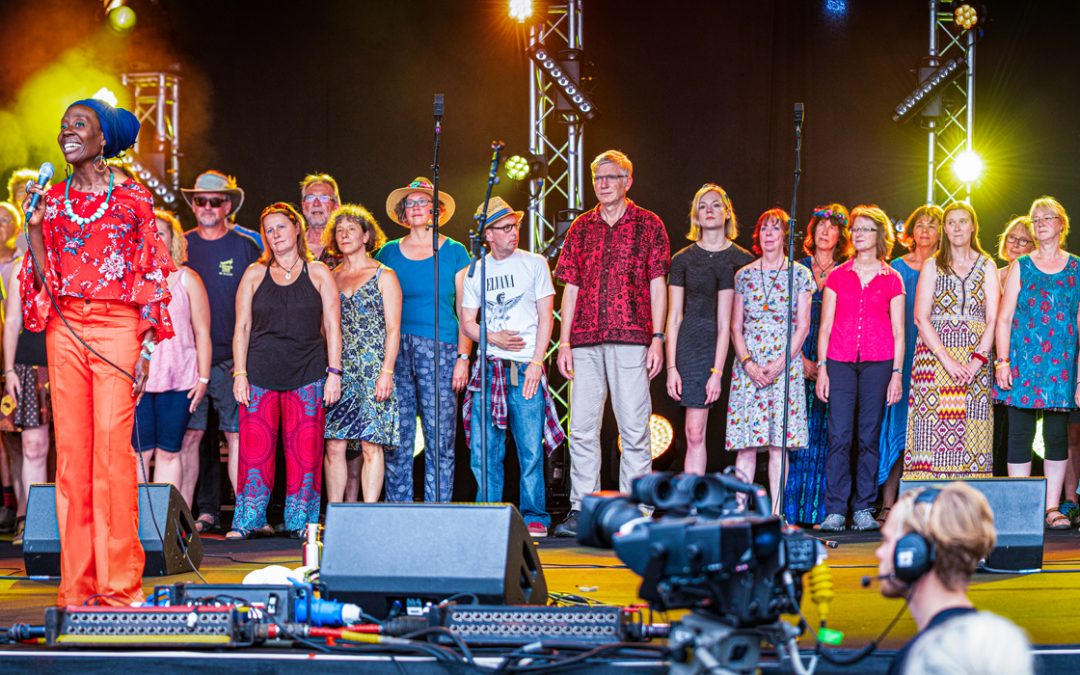 MELISSA JAMES: “Best current British blues singer I know.” – The words of BBC 6 Music’s Tom Robinson who has long given a nod of approval to the work of this singer-songwriter. Melissa James is, however, much more than a blues singer.

In summer 2015 the recording of “Stripped Back” – the second album release to come from Melissa – would unexpectedly take her in a new direction. “Live Again”, one of the songs recorded, had been written some two years prior. The song speaks of the silent call for help she had heard from a person she could see was struggling mentally. She made the creative decision to allow the stark recording to lay bare her vocal vulnerability, unaware that it would in turn bring to light the plight of her subconscious message to herself through the lyrics of this song. It became clear to her that the cry emerging from the recording was in fact her very own.

From this realisation came a long and slow process of self-discovery and the emergence of Melissa’s Big Sing project SING4SANE. This aimed to bring people together to sing “Live Again” and encouraged connection between those who have an understanding of mental ill health.

With a new lease of life bringing her more fervently back to the stage, Melissa returns to the Green Note alongside pianist Arthur Lea.

“James takes all of her musical loves – jazz, blues, soul, folk – and wraps them up into songs that achieve an astonishing array of moods and emotions.” Jazzwise
“Melissa’s vocals are sensitive, soulful and emotional…” Maverick