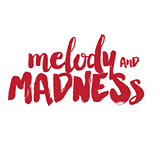 Linus Of Hollywood:
LA-based songwriter Linus Dotson (aka Linus Of Hollywood) started his professional career in 1995 as leader of punk/pop band Size 14. In 1999 Linus released his first solo album and, performing nearly everything on the album himself, it garnered plaudits and fans all over the world.

His music has been featured in the hit TV shows Weeds and Californication as well as The New Normal (TV series) in which he appeared as an actor in the season finale.

As a session musician Linus has toured with Paul Gilbert (Mr Big, Racer X) and Roger Joseph Manning, Jr (Jellyfish, Beck). He produced Tim Burgess (The Charlatans) solo album and has production credits on recordings ranging from The Smashing Pumpkins to Puff Daddy.

Though a well-kept secret in their home country, The Merrymakers went on to sell more than 100,000 albums following a series of radio hits in Japan and their music gained influential fans around the world. Most famously, Andy Sturmer of Jellyfish came on board to drum and co-produce their second album “Bubblegun” – a bench-mark album of it’s time. Following it’s US release and success at college radio the inevitable touring saw the band taste success first-hand in America.

The following years saw Myhr & Co distracted by their demand as sought-after producers and songwriters for a string of Japanese pop stars. In 2010 the mutual decision to dissolve the dormant Merrymakers left Myhr, and his songs, free to step back into the spotlight alone and thus “Soundshine”, his the stunning debut solo album, was born.