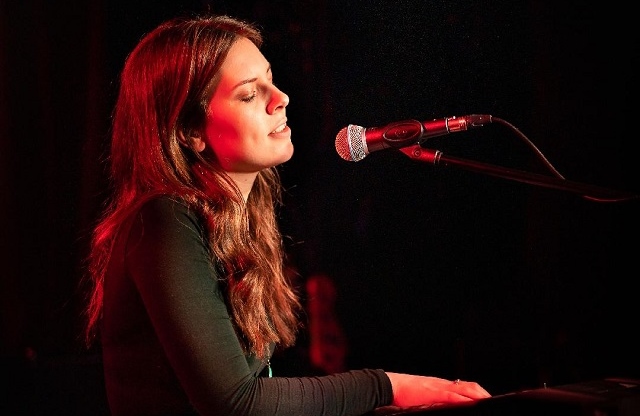 
Book Tickets
£ 10.00
MIRANDA JOY performs her meaningfully written songs with a powerful, soulful voice and moving piano accompaniment. She’s been songwriting since her early teens and has been performing at various venues, festivals and events including The Vortex Jazz club, The Old Vic, The Village Underground, The Half Moon, Rye international Jazz and Blues festival, Great Escape festival, Nasty Women UK, Soul Stripped Sessions and others.
She has released two singles in 2019, ‘London’ and ‘The Fall’, which she performed on Soho Radio. Official music videos have been released earlier this year for each song. In 2017, The Fall was featured on the credits for the Super Bowl highlights show on BBC1. She has written music for synch libraries that have been used and aired worldwide across TV and radio. Her latest single ‘Up in Flames’ is due for release this summer.
At the moment, she is writing new material and continues to perform live. As well as releasing her own music, Miranda is also currently working on other musical projects and co-writing with other up and coming artists.
“She is most definitely one to watch” – Rye International Jazz and Blues festival
“A soulful and spellbinding singer-songwriter and musician. Miranda is one of the newest rising talents in British Music. Your ears will be blessed when you listen” – Nasty Women UK
“She’s really genuinely great” – Martin Talbot, CEO The Official Charts