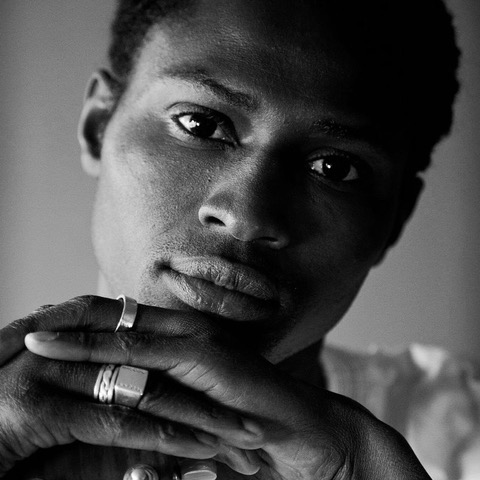 Heir of the legendary group Touré Kunda, the first African group to achieve worldwide fame in the 1980s, Modou Touré was born into music. His voice strikingly echoes that of his father, Ousmane Touré, who was the inspiration for his choice of career. Passionate about music from a tender age, he was to be found regularly singing up a storm and playing the drums under his neighbours’ windows in the modest district of HLM4 in Dakar, where he spent his childhood.

At 14, he took his first steps as a musician, playing percussion and singing backing vocals in local groups. He dreamt of making music his career, despite the difficult socio-economic context in Dakar. Far from discouraging him, this period forged his determination of character, which has carried him serenely along the path he has chosen.

In 1996, during a rehearsal session with his father while visiting Dakar, he decided to confide in him and reveal his passion for music. It was the first time his father had heard him sing. He was very moved and it was not without some pride that he gave his son his blessing and encouraged him to continue to follow his passion, taking care to stay open to the world.

In 2000, Modou founded his first group, Telo and also played with young local groups such as Elendo and Melokaan. From 2003 he began practicing the guitar, which later became his main performance instrument.

In June 2007, he made his first trip to Europe, to London for a tour with the group Melokaan Dakar. After several trips between Dakar and London, he decided to settle in London and began an international career. There, he met the group Lolou, with which he toured extensively in the UK up to 2011. During this time, he met many interesting people, encounters that would prove crucial in his career. Thanks to a remarkable stage presence, he has enraptured audiences at many major events such as the Festival Africa Oyé where he has played several times, but also at many clubs in London & Liverpool.

In 2012, Modou Touré met the English bluesman Ramon Goose, and the connection was immediate. A joint project emerged and following a series of concerts in clubs and at festivals (Womad, Momo’s, Rich Mix…), the album The West African Project was produced in 2015. The haunting voice of Modou glides effortlessly on the riffs of Ramon’s guitar, the symbiosis between the two artists is perfect. Released by Arc Music and Mixed Music the album is a huge success in the US and Europe.
Between touring and various projects, Modou Touré is gradually refining his own personal project, with maturity and method. It will undoubtedly be a synthesis of his artistic career, open to the sounds of the world.

In September 2015, he began recording his first album in collaboration with drummer and percussionist Papis Diongue, who brings to his work the groove he has always wanted to incorporate into his compositions. The 13 tracks set the tone for a new, very contemporary musical adventure, and bear witness to a beautiful encounter between Africa and the West.

For Modou, looking for beautiful melodies is the “center of gravity” of his compositions. This inspires his lyrics (in Wolof, Mandingo, Soninke or English) and his music. He sings evocatively of the ills of modern society, the teachings of the elders, friendship and romantic relationships, hope etc. His ultimate finesse, his pure and sharp guitar playing harmoniously introduces drums, bass, percussion and the electric guitar. Using highly groovy rhythms, sometimes afrobeat, pop-rock or funk, Modou reveals the power and beauty of his sublime voice, carrying us from Dakar to London via Paris and back!