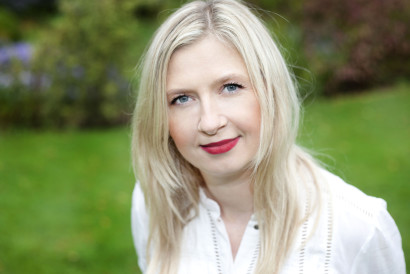 Monika Lidke creates exciting and original music that truly connects with the audience. Her songs blend jazz and folk with Polish and French roots to create a mesmerising live show.

Monika released her second album ‘If I was to describe you’ in July 2014 on 33 Records. The album features acclaimed Polish singer Basia Trzetrzelewska and hip bassists Janek Gwizdala and Shez Raja.

A jazz singer of Polish origin, Monika studied classical guitar in Poland, then singing and theatre in Paris. She relocated to London where she released her debut album ‘Waking up to Beauty’ in 2008. Her band have performed at high profile venues and festivals including London Jazz Festival, Manchester Jazz Festival, Rhythms of the World Festival, The Forum London, Ronnie Scott’s Bar and Pizza Express Soho.

‘If I was to describe you’ has recently been released to critical acclaim in Poland where Monika has been appearing extensively on national TV and radio. One of the songs, featuring Basia Trzetrzelewska (Tum tum song) has been featured on the compilation album Smooth Jazz Café vol. 13 released by Universal, and Monika was nominated Artiste Of The Week on Heart FM Spain.

Monika has performed with many of the top names on the European jazz scene including Soweto Kinch, Andy Sheppard, Gilad Atzmon, Arun Ghosh, Jay Phelps, Denys Baptiste, Shabaka Hutchings and Elzbieta Adamiak. She is currently finishing a project in polish her mother tongue, and recording a new album in english, and her band is looking forward to showcase some of the new songs tonight at Green Note.