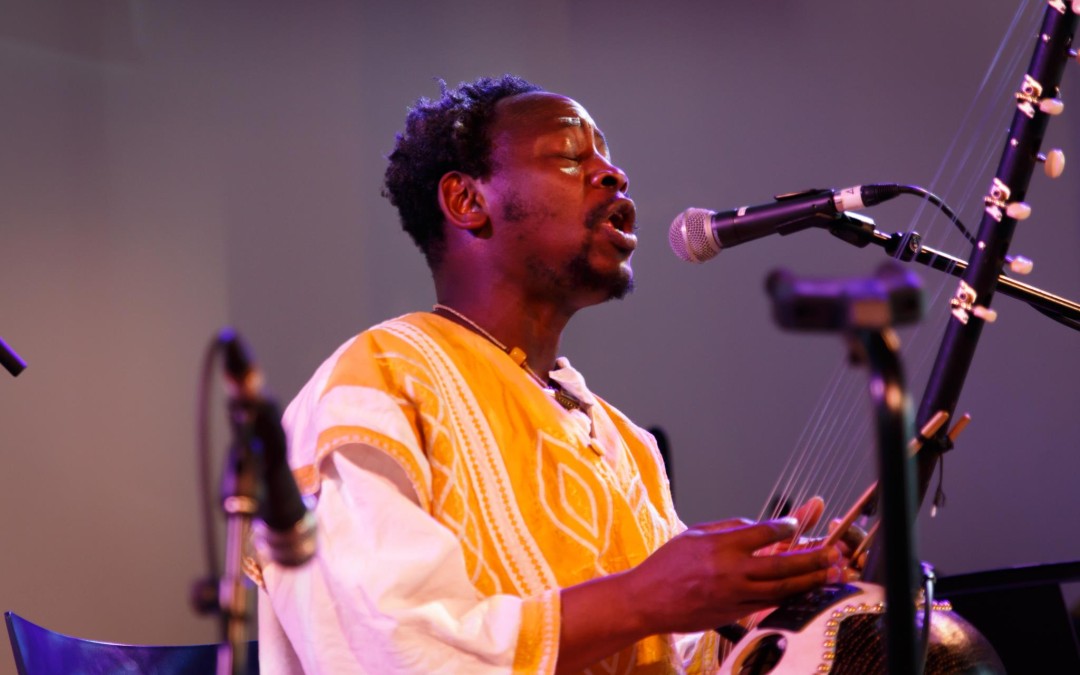 MOSI CONDE: Recently featured live and interviewed on BBC Radio 3’s World on 3, Mosi Conde comes with heavyweight credentials. Born into one of West Africa’s core Griot families he began playing the many instruments he is master of from a very young age and has been touring professionally since he was 15, initially throughout Africa and then in Europe. Mory Kante, Diamond Fingers Diabate and Sona Diabate founder of Les Amazones de Guinée are his close relatives and his family members are much in demand as producers and players for the likes of Salif Keita, Alpha Blondy and Ami Koita.

Mosi Conde’s music is steeped in tradition with a global sonic awareness (©). Whether solo or leading his band, Kaira Kora Afrika, Mosi creates music that excites and delights both aficionados and those new to West African music, his sheer musicality and skill evident throughout. It’s music that is both contemplative and compelling to dance to. Mosi Conde is a great communicator sharing deep awareness of his beloved Guinea and a strong affinity for London through his fabulous compositions and performances. He has played Royal Festival Hall, QEH, Albert Hall, and many major festivals including WOMAD, Secret Garden, Shambala and has toured as part of In Place of War with Young Fathers and Sandy Shaw , as well as being part of Africa Express and the PRS New Music Biennale. Mosi Conde’s debut album Kaira Kora Afrika secured glowing reviews and wide airplay on mainstream and alternative media alike. His follow up is eagerly awaited.

For tonight’s show Mosi Conde will play an extended solo set revealing new compositions and revisiting favourites which he will expand further with his superb band as well. The range of instruments Mosi Conde plays is astounding: He is well known for his mellifluous voice, creative and sparkling Kora and lightening force intuitive Djembe. To this solid foundation he adds Bolon Bata – a goatskin covered calabash which in his expert hands more than equals major double bass players, Donso Ngoni (round – bass), Kamelon Ngoni (the griot’s bass), Balafon (as vibrant as any Vibes or Xylophone), Guitar, Gongoma (large calabash thumb piano) and many many traditional percussion instruments. A living contemporary archive! The second set sees Mosi’s music further amplified by his group of brilliant fellow musicians. Mosi Conde live and direct promises an uplifting and amazing evening.
Essential …be sure to book your tickets early!