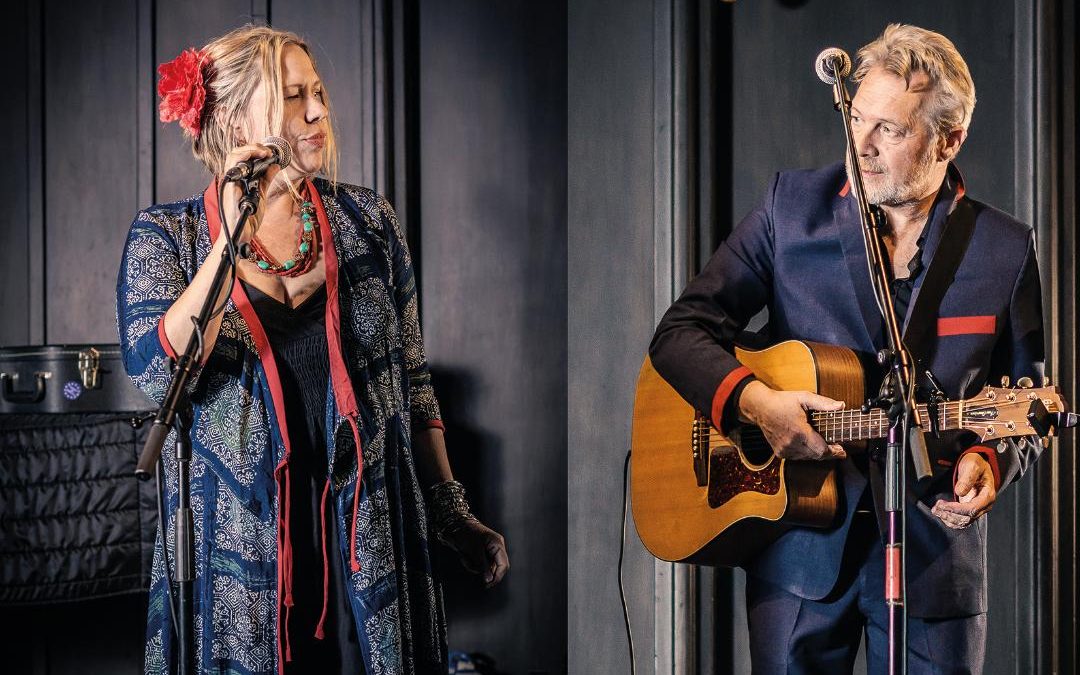 The Appalachian ballad form has been liberally sprinkled throughout NAOMI BEDFORD and PAUL SIMMONDS’ albums to date. For the next project, they have recorded a full set.

This is no museum piece. In keeping with the folk tradition, the songs have been revised and re invigorated whilst staying true to the heart of the stories.

The project began with a very simple premise; to rediscover, explore and celebrate the ballads that had been such a strong influence throughout Bedford’s childhood. It’s only the most vital works that can survive nearly three centuries as living, still valid pieces and the Appalachian ballads are certainly that.

Greatly aided by the marvellous Shirley Collins, who generously donated her time, encouragement and research materials, and by Folk Award winner Ben Walker on production and multi instrumental duties, the material was chosen, rehearsed and recorded live in the summer and autumn of 2018 in Brighton. With a cast that also included Justin Currie, Rory McLeod and Lisa Knapp, the album moulds influences from England, Scotland and South East USA to stir the great melting pot of folk and roots styles.

Launching officially at home of folk music Cecil Sharp House in London on June 5th, the project will then tour throughout the UK in 2019. With new arrangements and the power of Bedford’s evocative voice, these legendary songs continue their transatlantic voyage.

‘A partnership that is complementary in every respect’ Songlines Magazine
‘Easy to get besotted with’ Froots Magazine
‘Thrills, soothes and haunts in equal measure’  Uncut Magazine