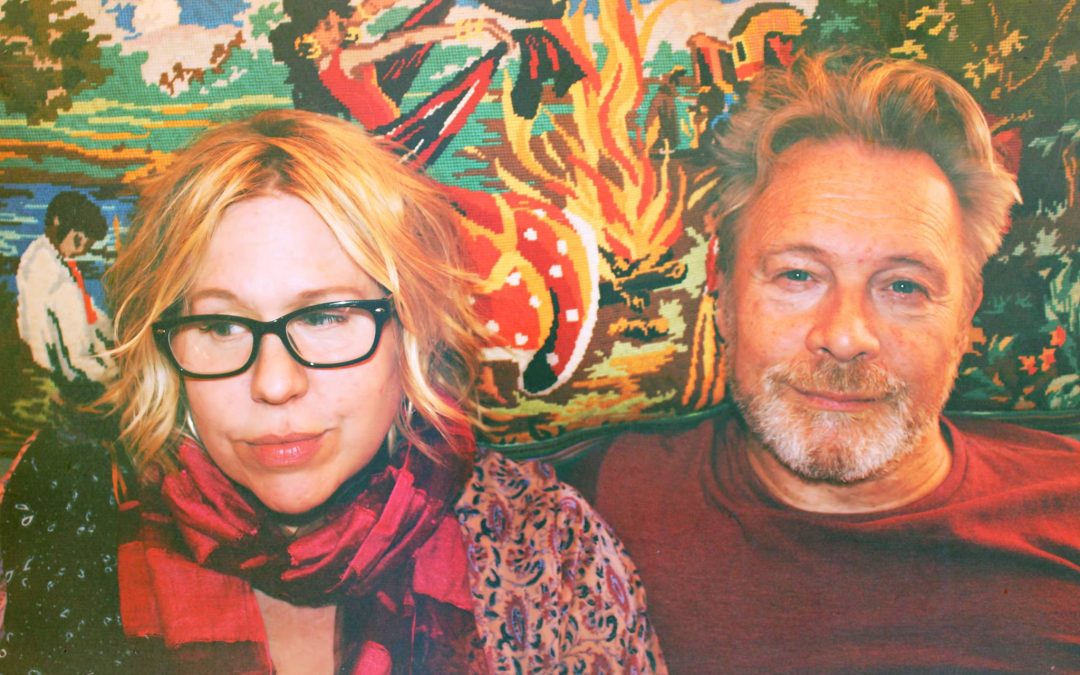 Naomi Bedford and Paul Simmonds released new album ‘Songs My Ruiner Gave Me’ on October 26th 2017. Featuring contributions from Andy Summers, Justin Currie and Folk Award winner Ben Walker among many others, it is an eclectic, roots based look at love, madness and obsession and ranges from the jug band holler of ‘Still Want You Blues’ to a gothic folk adaptation of a little known Percy Shelley poem, ‘Young Parson Richard’, stopping off at many points in between.

Naomi and Paul came together over a mutual love of folk and country music styles. Paul was the mandolin player and songwriter with The Men They Couldn’t Hang; Naomi was the singer and writer of Orbital hit ‘Funny Break’.

Together they were murder J , particularly on 2011’s ‘Tales from the Weeping Willow’, a look at Murder, Death and Sorrow. Of that album Andy Gill from the Independent said it was, ‘Both brilliant and original in equal measure’. Nigel Williamson in Uncut praised Naomi’s voice that ‘soared, soothed and haunted in equal measures’. Duets with Paul Heaton and Alasdair Roberts were equally lauded.

The follow up album, ‘A History of Insolence’ saw further rave reviews and a BBC Radio 2 Folk Award nomination for Best Original Song, ‘The Spider and the Wolf’. Naomi and Paul appeared at many festivals including Celtic Connections, Wickham, Glastonbury Left Field Stage with Billy Bragg and Cambridge Folk Festival.

Now comes the third part of the trilogy, ‘Songs My Ruiner Gave Me’; a look at the good, bad and ugly side of love from the sugar coat to the bitter chill. Startling musical contributions from Ben Walker and Gerry Diver illuminate the folk blues feel while Andy Summers guitar is suitably unique. In a strange twist, Naomi was once Andy Summers’ babysitter and the pair reconnected through an enquiry about an old Police jumpsuit Naomi found in the loft. Now that is what you might call Synchronicity!

At the heart of the album are Naomi and Paul. Partners in real, as well as musical, life; the album is their mission, their story and, appropriately, a true labour of love.