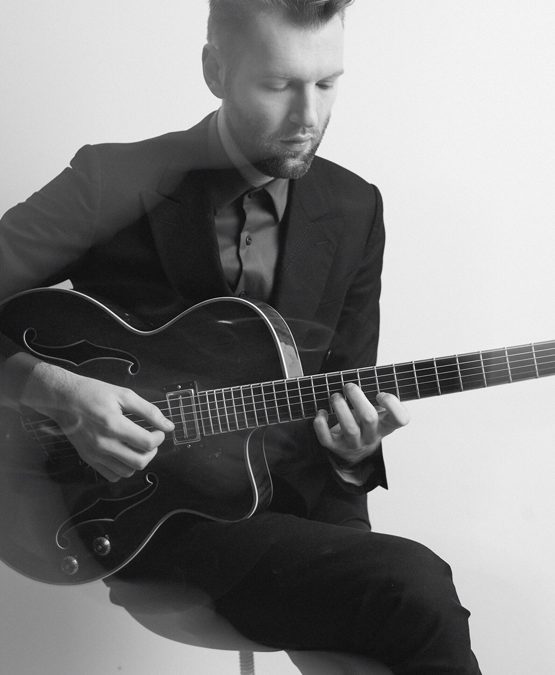 Nick Costley-White is fast becoming one of the most in demand guitarists on the UK jazz scene and has performed with some of the countries most renowned jazz musicians including Martin Speake, Stan Sulzmann, Steve Fishwick, Jeff Williams and composer John Warren (ECM), touring in the UK Europe, Australia and South America

In his new Standards Trio Nick explores arrangements of songs from the American Songbook as well as jazz compositions by the likes of Horace Silver and Bud Powell. He’s joined by his regular sideman Dario Di Lecce on bass and Steve Brown on drums who he’s lucky enough to play with at their weekly residency where they continually hone a refined trio sound.