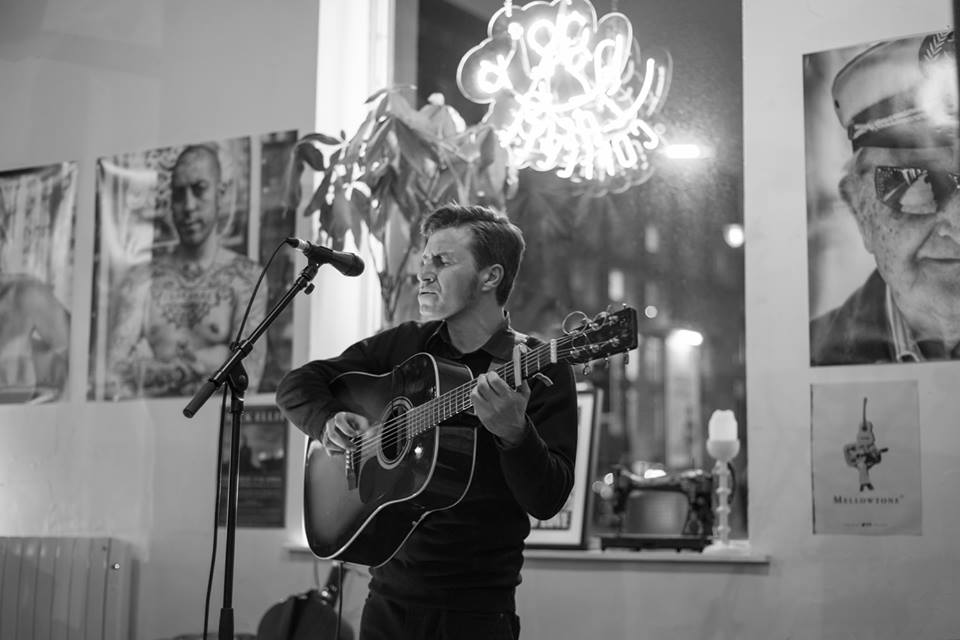 “Without a doubt one of the finest, most versatile players on the road today, Eric is a mash of styles that cover slide, finger-style, pure blues groove and dynamic improv approaches he calls “no fear playing”.

Eric spent two years in the EU with Nick Lowe and Dave Edmunds, returned to Boston and formed “The Atomics”, and moved to the DC area after five years of shows and tours with Mission of Burma, Gang of Four and The Dead Kennedy’s and numerous Boston bands.

Eric traces his musical stylings and influences to Jeff Beck, Bert Jansch, Davy Graham and Steve Howe (YES). On the free form side it’s Pat Martino, Al DiMeola and Joe Pass and the early catalog of Dave Brubeck with Joe Morello and Paul Desmond. Eric is steeped in the acoustic traditions of Doc Watson and Merle Travis, and the various experimental approaches of Philip Glass and the Small Movement.

Watching this guitar great will “make you jump out of your seat and hollar for joy” says Bugs Madison, in an interview for UK Melody Mag, 2012.

His credits include shows, tours, solo appearances and mixing drinks on the bus for everyone from 2014-2015 Tour Stars Bugsy LowLow, rockin’ the old school with Little Feat, John Mayall, Jerry Douglas, Sarah Watkins, John Hammond, Jr., to Spider John Koerner, David Bromberg, Leon Redbone, Buddy Guy, T Model Ford, and just about everyone in between… simply too many to name.

Not to be missed…”