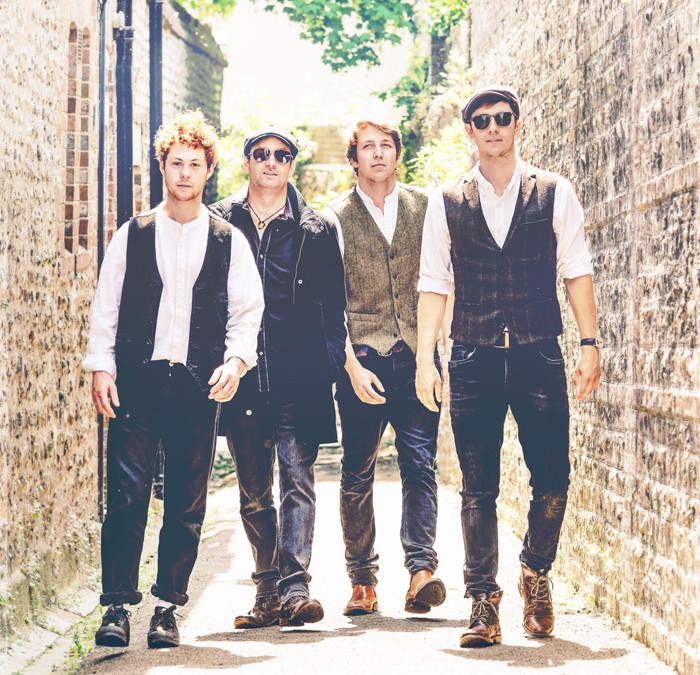 With a relentless gig schedule, Noble Jacks are booked up largely by word of mouth and perform a diversity of gigs with their lively set lending itself well to lively bars, clubs and festivals. The band perform regularly around their local Kent and Sussex area and in 2016 have hit the summer festival circuit hard with shows at London Folk Fest, Chidfest, Chagstock, Broadstairs Folk Week, Beautiful Days and Bestival to name a few!

In February 2016, Noble Jacks released their debut EP ‘Gun Hill’ as a snapshot of their live set, also featuring a bonus track of their showstopper “The Blacksmith Stomp”, written for the band’s supportive and rowdy blacksmith/farrier friends, where you can hear and feel the energy the band bring to every show.

More recently, Noble Jacks have signed their first record deal and built a friendly relationship with Union Music Store to produce and release their forthcoming debut album ‘Dream Good, Dance Better’. Recorded at The Levellers ‘Metway’ studio in Brighton, the album aims to echo the energy from the band’s live set, but with even extra spice with  producer and multi-instrumentalist Jamie Freeman in the mix.