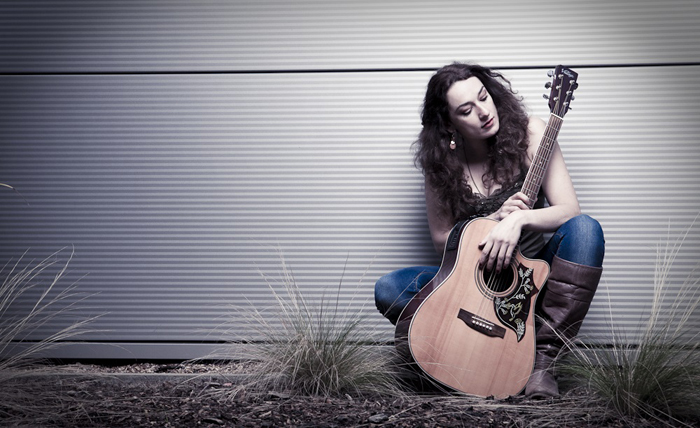 ★★★★ “Warm and rustic…Graceful and mysterious” – MAVERICK ​

★★★★ Odette Michell is one to watch” – NORTHERN SKY

Odette Michell is a British folk singer-songwriter, guitarist and bouzouki player with a bold new take on the acoustic tradition and a voice capable of demonstrating the finer points of both folk and traditional song with genuine craftsmanship.  Her vocal style has been described as “warm, intelligent and sitting comfortably amidst folk guitar in a timeless songwriting style” – and has been compared in similarity to the likes of Sandy Denny and Joni Mitchell.

Things have been moving at something of a pace for Odette ever since she released her 2018 debut EP ‘By Way of Night’. The release garnered high praise and gained Odette her first national and international radio plays on both mainstream BBC Radio and Folk Radio stations.

Born in Yorkshire with an Irish heritage, Odette grew up in a musical household and first picked up the guitar at fifteen. Inspired by the resurgence of folk and acoustic songwriters at the time, she began writing her own songs when she was just sixteen years old.

Growing up in the vibrant city of Cambridge allowed Odette to take advantage of the many stages and performance venues there, which included two early club stage apprearances at the Cambridge Folk Festival – her first appearance there was when she was just 22 years old. Now based on an 18th century dairy farm in the Hertfordshire countryside, Odette draws on these rich influences and life experience and weaves them together to form the basis of many of her songs.