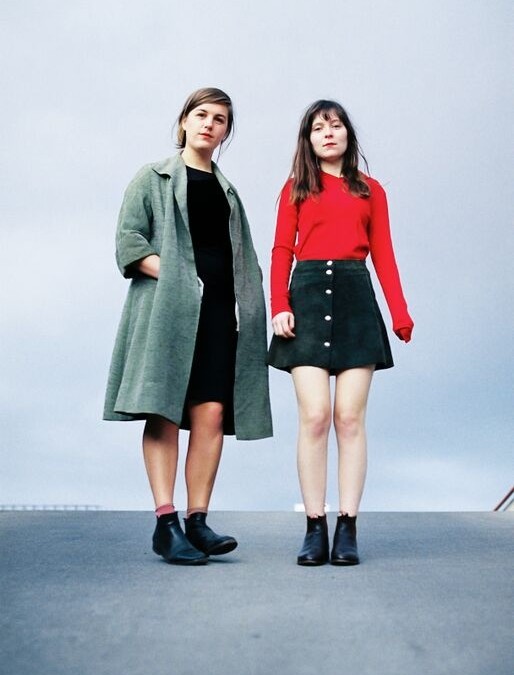 2015 was an incredible year for OH PEP! with the release of their current EP ‘Living’ seeing them invited to play KEXP Live, as well as NPR Tiny Desk Concert & Daytrotter. NPR All Songs Considered hailed them as the “Newest and Most Promising Voice of Americana”. At CMJ KCRW named them one of the “11 artists that won the Fest” and The New York Times’, Jon Pareles, included them in his list of “CMJ keepers”.

Oh Pep!’s single, The Race made CBC Radio 2 Top 100 Songs of 2015 and has been featured on KEXP, KCRW, NPR All Songs Considered, The Line of the Best Fit- Song of the Day, The Bluegrass Situation and Exclaim!

The sometimes foot-stomping, somewhat heart-breaking, multi-award-winning duo comprise of Olivia ‘Liv’ Hally and Pepita ‘Pep’ Emmerichs. Hailing from Melbourne, Australia, the multi-instrumentalist duo’s EP Living is out now. The duo will make their debut UK performances in April & May.

SELECTION OF PRIASE FOR ‘LIVING’ EP:

“…the Melbourne band’s music is infectious..Filled with Magic” Bob Boilen NPR Music
Song of the Day – “..it won’t be too long before fans of the likes of Lucius, Andrew Bird and Lake Street Drive start to take notice.” -The Line of Best Fit
‘…effortlessly clever.’ Triple J
‘Songs you need to hear’ CBC (‘The Race’ also spent 4 weeks @ #11 on the Top 20 CBC2 Chart)
Top 10 releases 2015 – KEXP
“Expect a rise from rise from theses Melbournians very very soon” [Best New Songs] Channel V
“..will bowl you over and over and over again” Revue
“bouncy folk-pop gem” The Bluegrass Situation
“Putting a modern pop twist on their bluegrass root” Exclaim!
The Race, Top 100 songs of 2015 – CBC

Twenty-something sisters Coco and Holly Chant, aka Xylaroo, are a dream find for lovers of the sort of bucolic, melancholy-laced folk-pop peddled by Norway’s own sibling duo First Aid Kit. The Chant sisters’ irresistible, harmony-drenched songs come from a similar place, too: that desire to write uplifting songs with a sunny disposition when there’s an unshakeable sadness and yearning. Snapped up by Sunday Best the duo are set to release their debut Album ‘Sweetooth’ June 3rd.