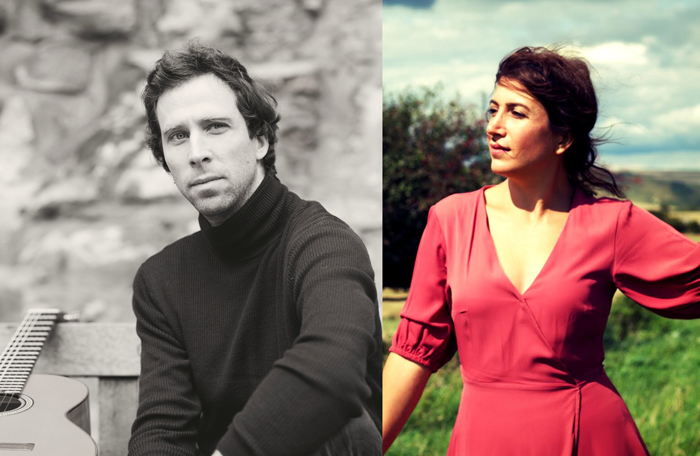 A collaboration between Turkish – Kurd singer Olcay Bayir and Argentinean flamenco guitarist Ignacio Monteverde. The duo will play songs from Anatolia blending passionate, emotional grooves of flamenco. In the  second half Ignacio Monteverde will introduce some fine compositions from his upcoming guitar solo album. “

OLCAY BAYIR: Singer/ songwriter Olcay Bayir  is from Turkey based in London, was nominated for best newcomer in Songlines Music Awards 2015 .  Her debut ” Neva/ Harmony” was published in Oct 2014 by Riverboat Record  and was described by Guardian Music as “an impressive newcomer to London’s vibrant global music scene.This is an elegant and often gently exquisite set.’4**** – The Guardian.

Her contemporary sound blends elements of folk , jazz and neo-classical and 21st Century urban sounds with evocative vocal deliveries through her original compositions and arrangements of folk songs of Anatolia, Mediterranean and Middle Eastern…

IGNACIO MONTEVERDE: Ignacio Lusardi Monteverde is an accomplished flamenco guitarist & producer based in London, As a soloist he has been presented at the Indian National theatre, Babylon Great Theatre and a wide range of international festivals. As well as in Guitar Ignacio is graduated as a Choir Master, and has produced and engineered several audio recordings that have been released with Non Classical, Orpheus, ARC, Orchid Classics and others. His production work includes collaborations with Royal College, the Guildhall School and a number of albums at the legendary Abbey Road Studios. He has founded and currently works in the development of different music festivals such as London Strings Festival, Ketevan World Sacred Music Festival (India), Babylon Festival (Iraq) and intensely with a number of performers of classical and Early Music.