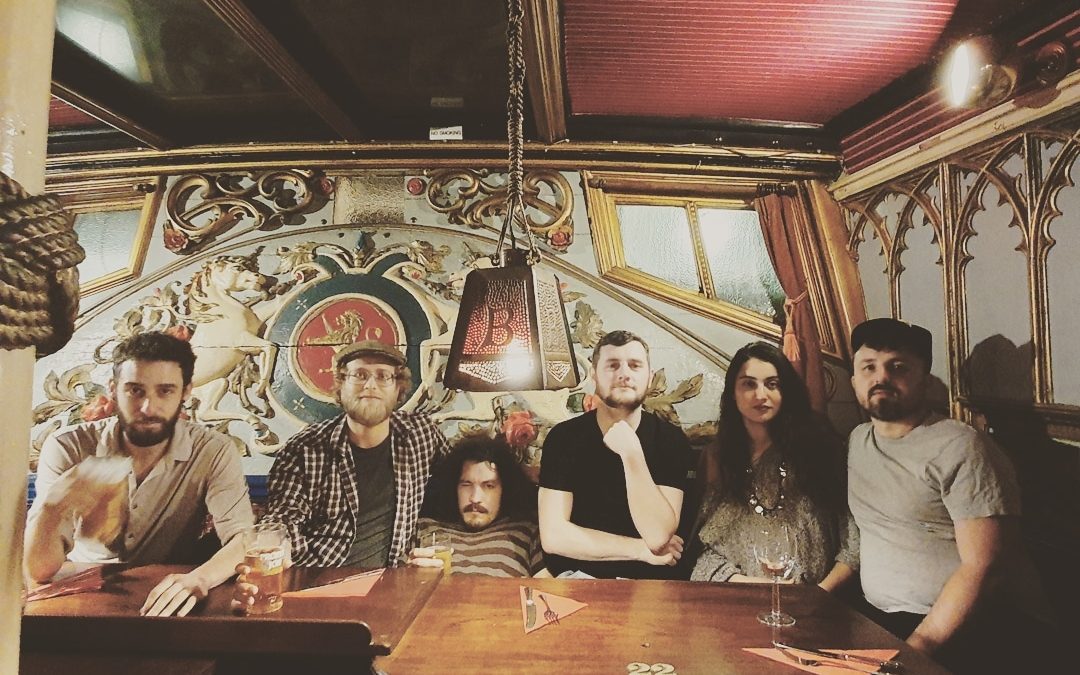 OLD BABY MACKEREL are a UK band who play traditional Bluegrass songs as they should be played, with a twist of British wit on the side. Expect tales of whiskey, murder, railroads and heartbreak alongside blistering solos and harmonies so sweet they could make an onion cry!

The project is a coming together of respected UK musicians from bands such as Flats and Sharps, Ushti Baba and Boogaloo String Band with a classic lineup of Banjo, Guitar, Double Bass, Fiddle and Mandolin. They are about to release a live album recorded on vintage mics and have UK and European tours booked for 2020.

Old Baby Mackerel began in 2016 when musicians from bands such as Ushti Baba, Boogaloo String Band and Young Waters came together to fix the disturbing lack of Bluegrass in their home town. Since then the band has developed into a fully fledged part of the UK Bluegrass scene and performed all over the world, including main stages in Thailand, Germany, Portugal, Italy and Austria as well as Bluegrass festivals in Switzerland, Northern Ireland and Cornwall. In the UK they have played at venues such as The Green Note (London), The Square and Compass (Dorset) and festivals such as Glastonbury and Shambala.

The end of 2019 saw the beginning of an 18 track album, produced by Josh Clark of Get Real Audio and recorded by Guy Posford on a pair of AEA ribbon mics, set to be released in Spring 2020.

“That’s the first Bluegrass track I’ve played on Upload and I love it, so, so good!”

“A fine band of musicians and entertainers who would be at home playing in any holler in Appalachia. Real crowd pleasers with every tune and song they perform.”