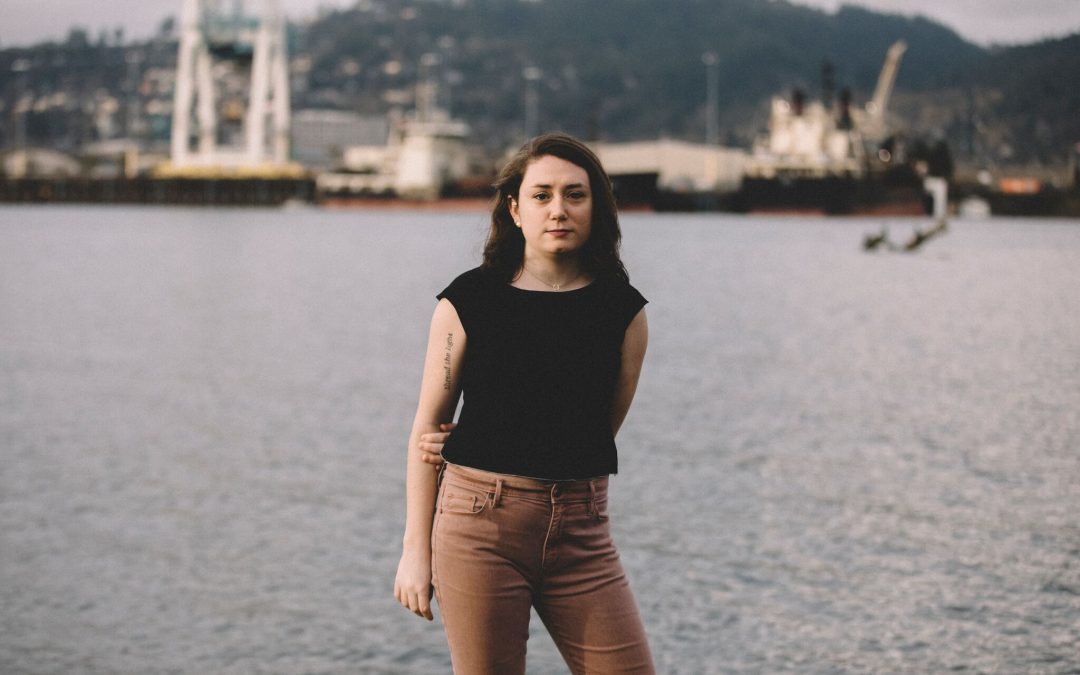 Since self-releasing her debut studio EP, Fight or Fight (2017), Olivia Awbrey has has made a home for herself in the folk-punk and psych-rock communities in the Pacific Northwest and England. Unafraid to blur lines between folk, psych and punk, her songs and voice have been likened to Esme Patterson and Courtney Barnett. Awbrey and her band took her songs on the road throughout the West Coast and to FAI 2017, FAR-West 2017, and the Spokane Folk Festival last year.

Whether she’s singing about earthquakes, border patrol, survivor recovery, or hit 90s movies like Thelma & Louise, Awbrey has a way of framing the world with a voice that is distinctly her own: with wit, emotion, and a heavy dose of reality.

While intermittently recording her sophomore release with producer Hutch Harris (The Thermals), due out 2019, she is on tour in the US this spring and summer and the UK this September.

ELLA JANES
Ella Janes is a folk musician based in London, whose love for writing first took the form of short stories, later combining with her passion for music to become songwriting. Her sound draws faithfully from 60s folk artists such as Simon & Garfunkel and French songstress Françoise Hardy, whose music she discovered during her time living abroad in Nantes in 2013. The following year, she supported Simple Minds at Alnwick Castle, before emerging on the London music scene as a resident of Ronnie Scott’s Jazz Club in Soho.

In 2017, Ella was invited to appear at the TEDx event ‘2037: The Future is Our Present’ in Rome, where she performed a series of original songs exploring areas of science and philosophy. She is currently composing material for a performance at TEDx Dresden’s 2018 conference in late August.

Ella opened 2018 with the release of a new live EP recorded in a friend’s West London studio, featuring five solo stripped-back tracks. She has since been travelling around Europe and the US, most recently exploring Berlin’s singer/songwriter scene, where she plans to make camp this summer.

Ella opened for Jools Holland at Tunbridge Wells Assembly Hall and The Orchard Theatre in Dartford in May this year and is set to support at further dates on both his spring and autumn UK tours.

AMY & THE CALAMITIES
Amy & The Calamities is the creation of solo artist Amy Wawn, a musician and singer-songwriter from Bulawayo, Zimbabwe. As a performer, Amy’s style ranges from lively foot-stomping folk rhythms to the dirty-delicious sounds of delta blues on the slide guitar, accompanied by a dark, brooding vocal range, lilting melodies and thoughtful lyrics.

Amy is now living and performing full time as a solo artist in Camden Town, London. She released her debut EP The Suspects in February 2018 in collaboration with exquisitely talented violinist, Georgina Leach. The album features six of her signature tracks and has been met with some great reviews. Indie Band Guru recently described it as an EP that ‘perfectly showcases a musician who has a lot to offer. With an impressive range of sound, a lyrical depth and sublime vocals, all the right boxes are ticked.’ The Suspects is available on most online stores and streaming sites.