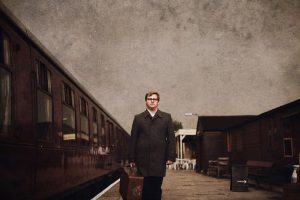 Described by Andy Cutting as “one of the finest… up and coming young melodeon players in England”, Ollie King pushes the boundaries and expectations of the humble squeezebox. Firmly rooted in the English tradition, his playing explores the emotive side of the instrument, which he expertly showcases through his selection of material from both within and without the folk canon. Due for release in February 2017, Ollie’s second album Diffractions explores the nature of folk music, and how it changes and morphs through the people that play and write it.

Since being a finalist in the 2011 New Roots competition, he has gone from strength to strength, releasing his critically acclaimed debut album Gambit on RootBeat Records in autumn 2014. In summer 2015, Ollie was asked to perform alongside BBC Radio 2 Folk Award winning duo Josienne Clarke & Ben Walker in the National Theatre’s production of Our Country’s Good, featuring music composed and curated by Cerys Matthews MBE.

“For a young musician, he is astonishingly mature and fluent, with a lyrical, flowing style all his own. He produces a rich, mellow sound, perhaps not unconnected to his use of vintage Hohner melodeons. Whatever difference that makes, he is a real delight to listen to.” – fRoots Magazine