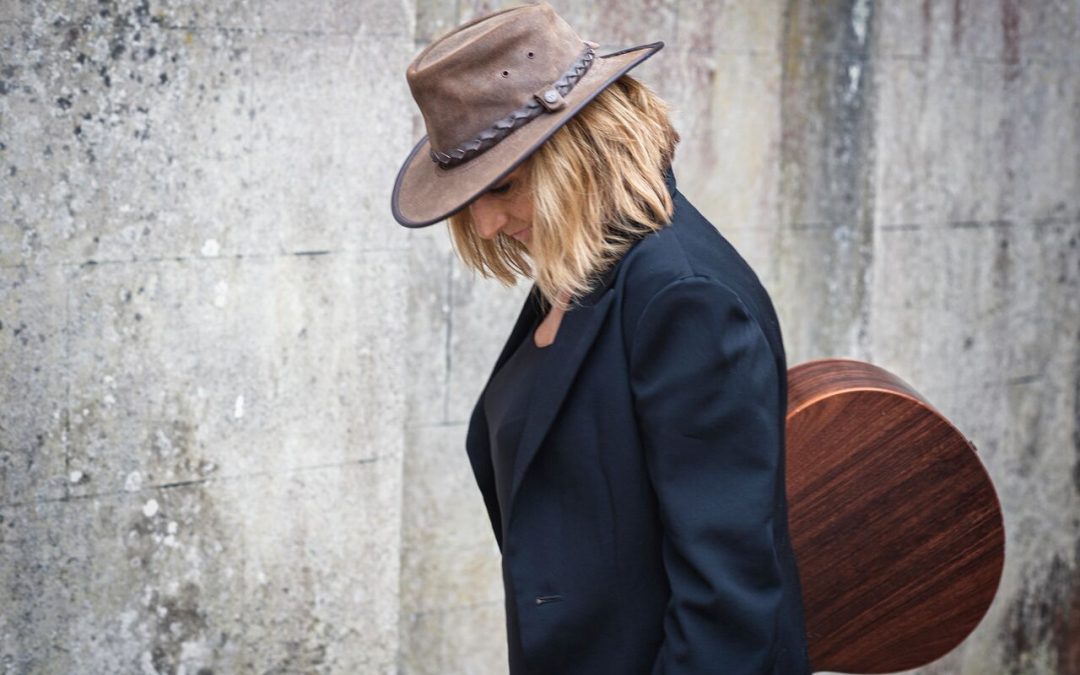 BRIGID O’NEILL
“Brigid is a great songwriter with a voice that can break your heart at 30 paces.” – Ralph McLean BBC Radio Ulster
Described as “a little bit of Mary Black and Cara Dillon, with some Emmylou Harris with Alison Krauss thrown in”, Co. Down singer songwriter Brigid O’Neill’s star has been steadily in the ascent since the release of her debut EP Arrivals and Departures, followed by the insistently catchy single ‘Don’t Make me Go to Town’.
Plaudits have continued to rain down with the release of her remarkable new album Touchstone. O’Neill’s debut album, produced in Belfast by critically acclaimed songwriter, Gareth Dunlop, (Tim McGraw and Faith Hill), and mastered in Nashville, featuring co-writes with Thomm Jutz, (Nanci Griffith) exhibits the full spectrum of her formidable repertoire.
“This album showcases O’Neill’s vocals at their very best”
Irish Music Magazine
Fans and critics alike have been drawn, not only by the sweet recipe of country-folk and blues blended with a delicious dash of jazz that has become her trademark ‘sound’, but also by the rapid development of an artist who has just set out on her journey.
“She understands the craft of songwriting intuitively and there’s an honesty and integrity in her work that is very special.” – Ralph McLean, BBC Radio Ulster
“One of those artists who makes everything seem so deceptively easy; with vocals that seem to just float out of her mouth, music that hits the right spots without ever seeming forced or contrived and lyrics that are so simple, quirky even and yet, at the same time, compelling.” – Chordblossom.com

PADDY NASH
In a recent interview in The Irish News Folk Legend Christy Moore cited Paddy Nash as one of the few songwriters he admires.
Since the release of his critically acclaimed albums ‘When we were Brave’ (2010), ‘Times of Transition’ (2012) and ‘Laughter & Love’ (2015) Paddy and his band ‘The Happy Enchiladas’ have played the clubs and pubs of Ireland North and South as well as touring extensively in England playing the legendary Hope & Anchor and Tolpuddle Martyrs Festival among others.
Paddy and the band have also made their mark locally, selling out shows in the Millennium Forum in Derry and The Empire in Belfast to name a few.
Paddy’s unique blend of Folk-Rock-Country-Pop-Punk-Blues continues to build an audience who revel in rich lyrics and big melodies. He is often hailed as ‘Ireland’s Springsteen’
Paddy has also enjoyed huge solo success playing the LeftField stage at Glastonbury in 2011 & 2017 and supporting Billy Bragg on his Irish Tours. Paddy & Billy went on to introduce Billy’s ‘Jail Guitar Doors’ in the prisons in Northern Ireland and Paddy is currently the musician in residence at HMP Magilligan

In the summer of 2017 Paddy released his first solo album ‘Gate Fever’
‘I wanted to write some songs about how I view the world today. The things that make me angry, the stuff that makes me despair, the time and people that we lost, that I miss. I tried to find some hope along the way. I hope I did.’
Critics and fans alike have hailed the album as a masterpiece.
In the autumn of 2017 Paddy toured with Billy Bragg, opening the shows for his European Tour.