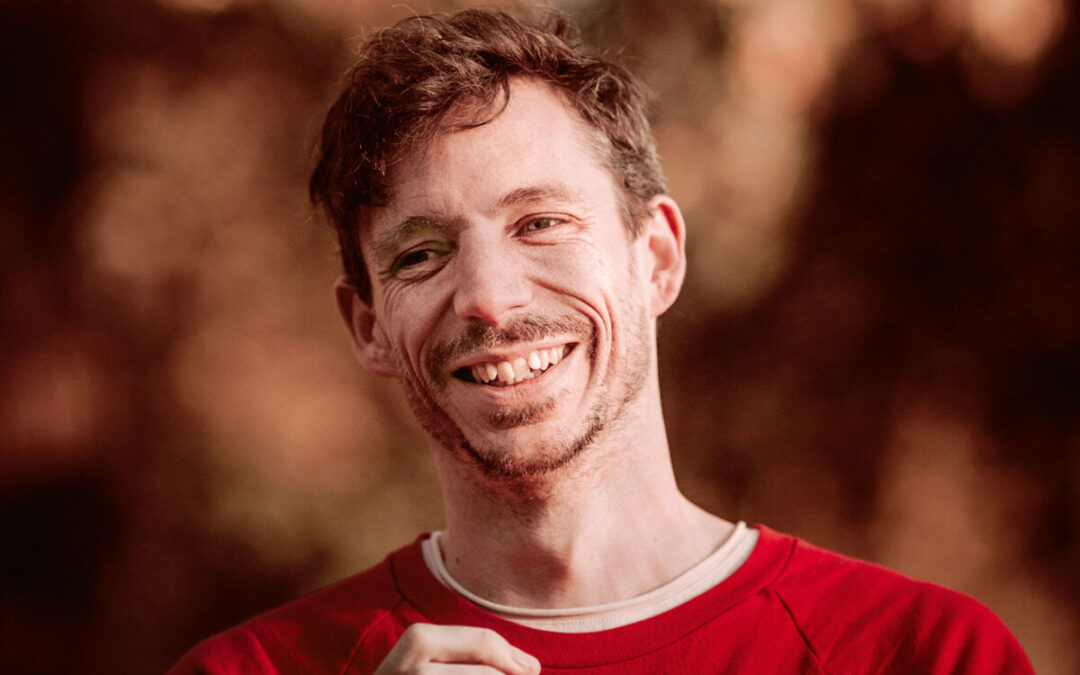 Under the moniker Paper Beat Scissors Tim Crabtree stitches delicate and intricate tapestries of songs threaded through by an unmistakable haunting voice. Over 3 albums the Montréal-based Brit has worked with members of Arcade Fire, featured on the cover CD of Rolling Stone and been labelled “startling and beautiful” by the BBC’s “Whispering” Bob Harris. 2019’s chamber folk album “Parallel Line” was followed by the pandemic exploration la Mitad in 2021, which saw Crabtree perform Spanish translations of his songs.

The complexity of Paper Beat Scissors’ music both belies and serves its simple aim: to create a point of emotional connection and communication with the listener; To hold a space to disappear, briefly, inside the spells it casts.

In this very special intimate show Tim will be previewing works in-progress, fine tuning them before starting work recording the new album!