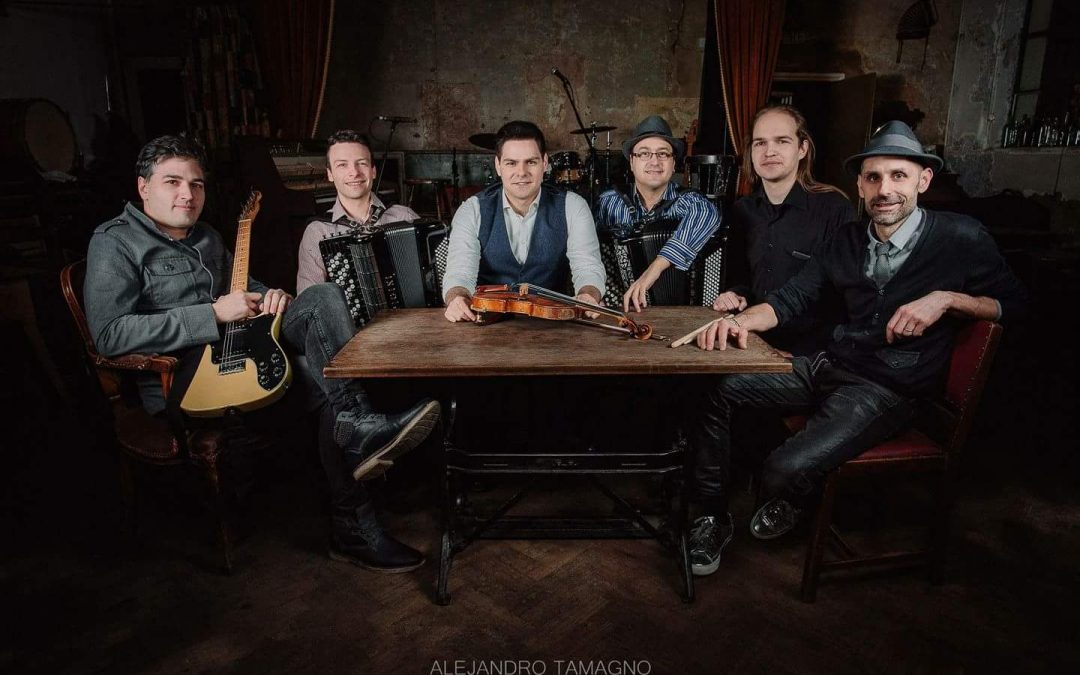 THIS SHOW IS SOLD OUT BUT WE MAY BE RELEASING MORE TICKETS NEARER THE TIME. PLEASE EMAIL US TO BE ADDED TO THE WAITING LIST.

PAPRIKA: Described as “A must see!” by one of the world’s most prominent world music experts, a BBC presenter Cerys Matthews, Paprika is one of the UK’s leading Balkan music bands, known for their electrifying and energizing performances that immediately captivate a listener and lure them into the world of the Balkan music. Coming from unique educational and musical backgrounds ranging from traditional folk, over jazz and rock, to classical music, the band fuses together all these styles with the Balkan, Gypsy, and Eastern European music to create their own distinctive sound of whirlwind performance.

“Paprika – hot and fiery, lived up to their name, giving us a whirlwind tour of the Balkan countries, each piece becoming a firm favourite before being superseded by the next. Toe-tappingly good, with the audience whooping and cheering from the first note.” Cheltenham Festival

“Paprika’s critically acclaimed performance at the Songlines Encounters Festival at Kings Place caused quite a stir with one audience member in particular, classical superstar Nigel Kennedy being “knocked out” by what he heard.” Simon Broughton, Songlines Magazine