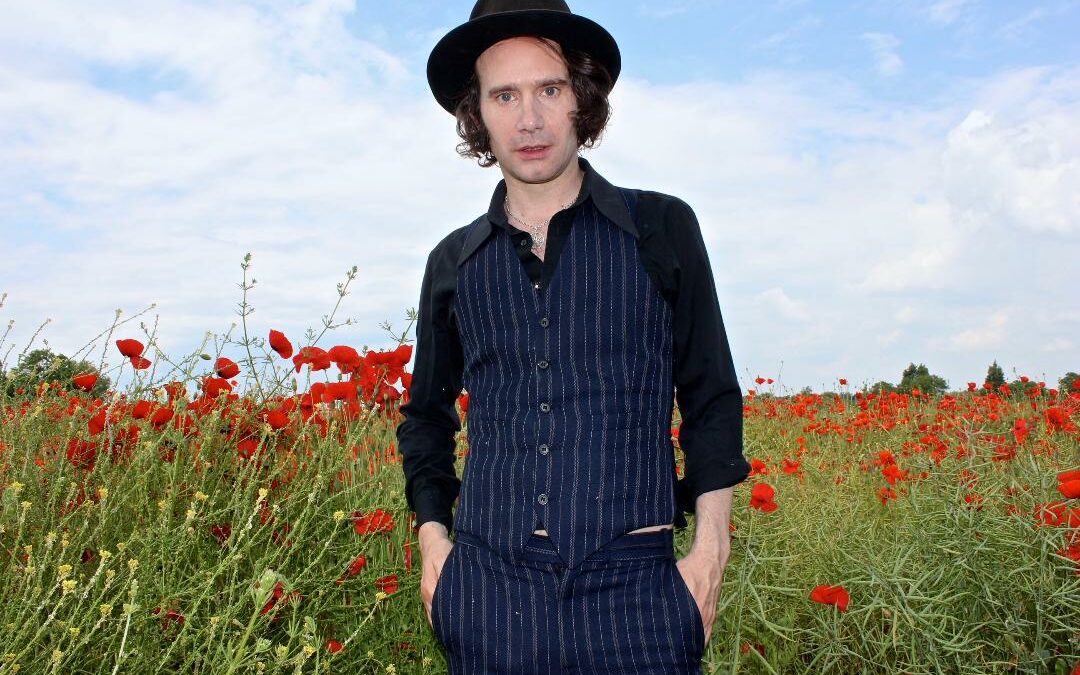 After dropping out of school and living as a street busker, PATRICK DUFF became lead singer of the alternative rock band Strangelove, who were signed to Food Parlophone/EMI.

The band released three albums, a string of E.Ps and a series of top forty hit singles between 1991-1998 and performed widely throughout Europe playing the main stage at Glastonbury and Reading Festivals.

Radiohead’s guitarist Ed O’Brien said of the band, ‘we toured with Strangelove and changed quite a bit after that. They were inspirational.’

After the break-up of Strangelove, Patrick began his career as a solo artist. As a result of his work with WOMAD Festival he began a collaboration with 81-year-old African master musician Madosini; living and working with her in the black township of Langa, Cape Town. Patrick and Madosini toured across Europe, Africa, The Far East, Australia and New Zealand.

Patrick has released five solo albums, the first of which was ‘Luxury Problems’ on EMI’s Harvest label, produced by Adrian Utley of Portishead and Alex Lee of Goldfrapp in 2005. ‘The Mad Straight Road’ followed in 2010 produced by Massive Attack collaborator Stew Jackson, with two releases in 2013; ‘Visions Of The Underworld’ described by Rough Trade as ‘a heart-breaking folk record that highlights Patrick’s direct song-writing prowess’ and ‘Seven Sermons To The Dead’ commissioned by Bristol City Council and performed in Bristol Cathedral. Patrick has recently completed his fifth solo album entitled ‘Leaving My Father’s House’.

Patrick continues to tour the world with a one-man show of songs and storytelling and is writing his autobiography.

Here’s something a bit special. Twenty year old crooner/songwriter/matinee-idol-in-waiting/angry young man EVAN WILLIAMS (remember that name!) releases his debut single ‘When The Shutters Rise Again’ through Peter Doherty’s Strap Originals label on Friday 26th November. Startlingly precocious, it is a bitter protest song for our times and a delicious slice of infectious pop combining the baroque stylings of Arthur Lee with the soul mining smarts of Josef K. The song quotes some lines from Vitai Lampada, the most famous work of First World War poet Sir Henry Newbolt and a particular favourite of Evan’s grandfather.

‘When The Shutters Rise Again’ was recorded at The Albion Rooms In Margate, and produced by Dan Lyons (Fat White Family, Phobophobes) and engineered by Jason Stafford. Evan Williams sings, plays guitar and keyboards, while producer Dan plays drums, bass and some lead guitar. The song is available to buy or stream.

Evan says: “Lockdown brought all the injustices in our society bubbling to the surface. The song is a call to arms, a protest song written while this government is taking away our basic right to protest. The last verse of the song uses a verse from a Henry Newbolt poem; before my Grandad died he’d mostly lost the ability to speak but he could still recite that particular verse.”

Evan Williams, formerly ace face of Thanet based indie punk band Vendettas, grew up in a bleak house in Broadstairs. Evan’s songs are imbued with the highs and lows of life in a British seaside resort, combining a fierce social conscience with a sensitive street poetry.