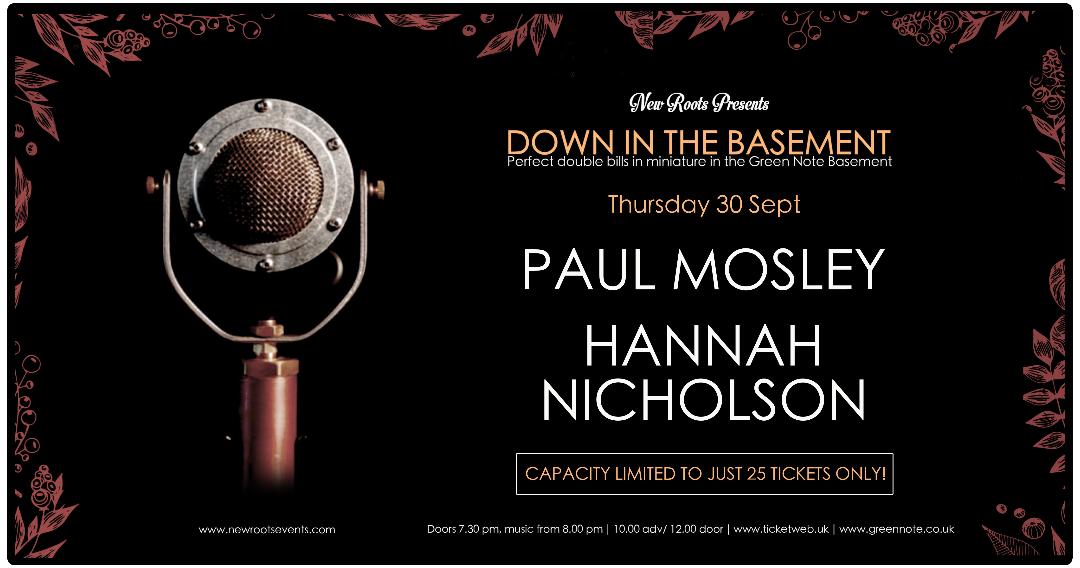 New Roots presents… a perfect contemporary singer-songwriter double-bill in miniature in the 25 capacity Green Note basement.
PAUL MOSLEY is an award winning composer/singer/songwriter who loves a concept. Combining charmingly off kilter art-rock sensibilities with hook laden choruses, his hugely enjoyable live shows have taken his ever rotating’ Red Meat Orchestra’ everywhere from Glastonbury to Green Man via Amsterdam brothels and the most remote wilds of Iceland. His album ‘The Butcher’ is an epic folk opera, a ghost story 2 years in the making, told over 20 songs by 20+ musicians – friends made on Mosley’s various composing projects including Josienne Clarke, chart star Jamie Lawson, Mediaeval Baebe Esther Dee, long time collaborator harpist Tom Moth now of Florence And The Machine and musicians from the bands of Feist, Benjamin Clementine, Madness, Patrick Wolf and Neko Case.
‘What a voice’ Jools Holland
‘This is great modern folk writing’ **** R2 Magazine