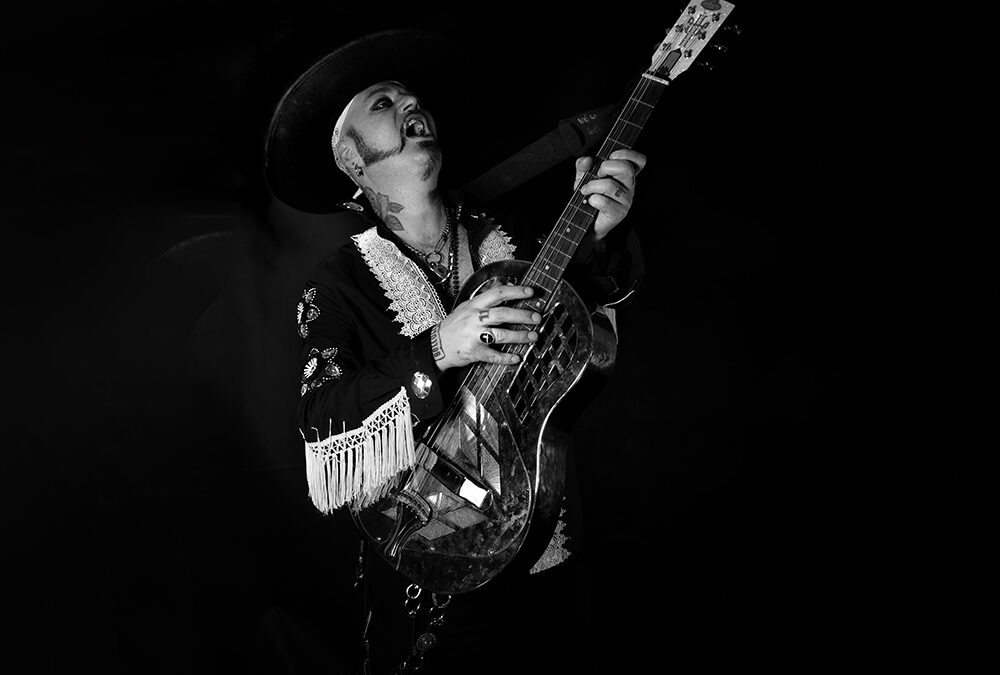 Paul-Ronney Angel caught the last flight out of Texas and got home to London just as lockdown happened.

In a total panic over how he was gonna survive with all his shows cancelled, he started doing live streams from home along with his sousaphone playing wife Ane. They have now done weekly online shows for over a year.

Not being able to play or record with his 9-piece band The Urban Voodoo Machine due to lockdown restrictions, he released his first solo single One Ghost Town in July 2020 followed by Seven Spanish Angels in November 2020 which was a duet with James Brown’s widow and backing singer Tomirae Brown.

The album London Texas Lockdown will be released June 2021 and as the title suggests, it was recorded in London and Texas during lockdown. The album features amongst others Linda Gail Lewis (Jerry Lee’s sister), rockabilly guitar legend Danny B Harvey, Jim Jones and his much-missed band mate Nick Marsh’ 11-year-old daughter Rosa.