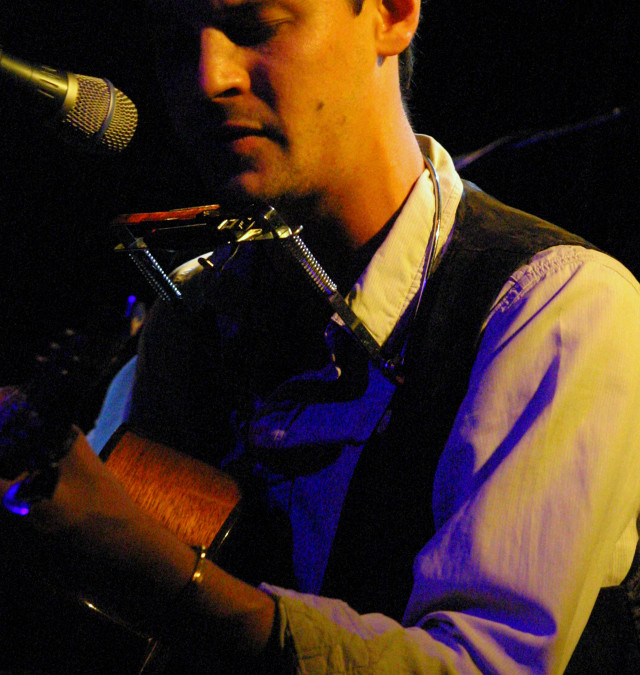 English-Italian and brought up in West Cork in Ireland, troubadour PEPE BELMONTE has many strings to his folk bow. Taking inspiration from the laid-back, intimate country blues style of Mississippi John Hurt and mixing it with sweet melodic influences from the likes of Paul Simon and John Martyn, his songs have a classic, timeless feel. Backed by a splendid band of stand-up bass, drums and cello, his place as a highly respected artist on the London folk underground is brought to light by a beautiful set of Americana tinged roots songs.

Pepe Belmonte – Pending On My Mind live at The Harrison from Lotje Sodderland on Vimeo.

A firm favourite of the New Roots Sessions, JACK HARRIS was a South by Southwest showcasing artist at 17. He was the first international act to win the New Folk songwriting competition at The Kerrville Folk Festival, Texas- previous winners include Steve Earle, Lyle Lovett, Gillian Welch and Devon Sproule.. A virtuosic guitar player and wonderfully authentic folk singer and songwriter, he has shared the stage with everyone from Martin Carthy and Dave Swarbrick to Anais Mitchell and Jeffrey Foucault.

DAVID ROBERTS’ perfectly executed and highly composed songwriting style has echoes of everything from early Western art music to the psychedelic explorations of the late sixties folk revival, all flavoured with a distinctly English style.