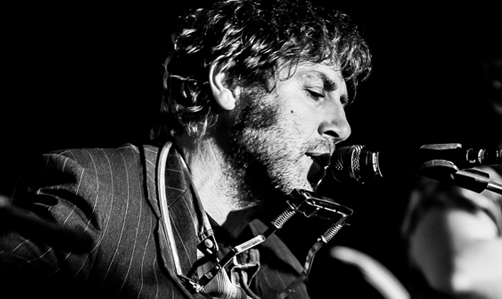 Nos Da Comrade-NO.7 in MOJO 2016 Americana albums of the year.

If you ask the likes of Peter Buck, Scott Mccaughey, Willy Vlautin, Jay Farrar, John Murry or Kathleen Edwards they’ll all agree that Peter Bruntnell is a writer with rare and mysterious qualities.There are many influences at work on this new record from The Beatles to Big Star to Nick Drake (although they’re not necessarily apparent, like the best influences aren’t), and when NME claimed that “Peter Bruntnell’s records should be taught in schools”, they were referring to the particular appeal of the quiet Devonian’s songwriting craft. Nos Da Comrade returns emphatically to the earliest days of Bruntnell’s career, a full-on electric psych-rock experience.

“Bruntnell has a remarkable knack for turning out big, dreamy, melodic, memorable songs” – MOJO
“His songs are warm and beautifully radiant” Uncut
“One of the finest songwriters in Britain” The Independent
“One of England’s best kept musical secrets” Rolling Stone

As one half of The Havenots (with Liam Dullaghan) she was signed to indie giant Cooking Vinyl Records, releasing an acclaimed album, and performing at some of the UK’s major festivals and more impressive venues.

Since the launch of her solo career in 2015 Sophia has set herself a punishing schedule, touring wherever possible, and releasing an EP (The Paper Thin EP, 2016) and an LP (Bye Bye, 2017).

In 2018 she has recorded and released a series of EPs exploring her musical roots, covering artists she both admires and shares a little history with, and in doing so has expanded both her repertoire and her understanding of other songwriters stylistic quirks.

So far, there have been some outstanding interpretations of songs by Kasabian, Chrissie Hynde, Ray Davies, Blur, Madonna, Queen, The Blutones with more to come.

Marshall’s voice is strong and distinctive, drawing to mind artists such as Jewel or Gillian Welch… on a par with the best of Mazzy Star.” – Music OMH