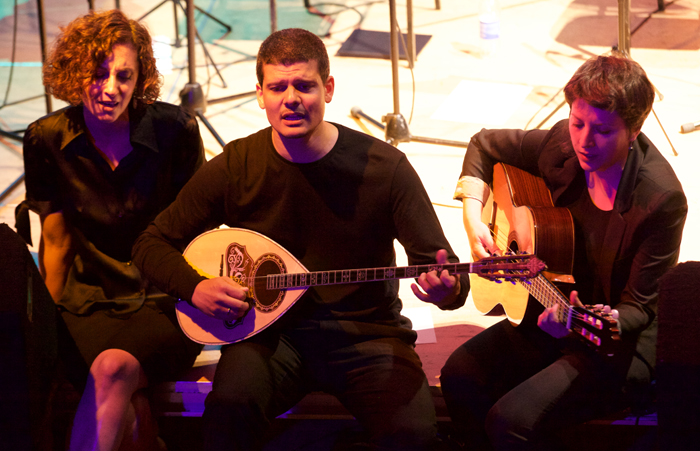 Tonight the group appears as a trio.

Having spent so much time dedicating afternoons and evenings to the music of rebetika, tonight we go to the other side. Entechna songs were seen almost as the opposite of rebetika, the name deliberately refering to “artistic songs” as opposed to “popular” songs. However, although the instrumentation and the melodic authentic elements of rebetika are juxtaposed in ways never heard before, the music is still rooted in popular tradition. The most distinctive examples of these composers, who were also greatly respectful of rebetika, were Theodorakis, Hadjidakis, Xarhakos, Markopoulos. Their songs will be performed tonight along side other more contemporary composers. We will also be delving even further into Neo Kyma (New Wave), a genre that came about from the combination of Entechna and the music of the French “chansons” of the French bistrots. This gave way to many more great composers such as Savvopoulos, Karaounakis, Mikroutsikos among others who reconciled elements of Entechna, Neo Kyma and Laika (popular) songs.

These songs have been written for some of the greatest singers in Greece…Haris Alexiou, Giorgos Dalaras, maria Farantouri, Alkestits Protopsalti, Eleftheria Arvanitaki, Giannis Koutras and many others.

This is a rare opportunity to hear the other side of beautiful Greek music…songs that in this country are not performed or heard in live performance very often.