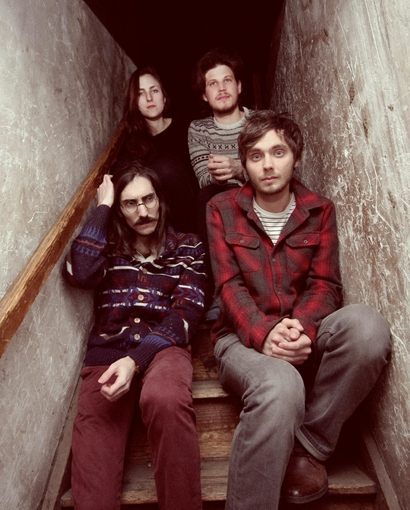 QUIET ISLAND are a Geneva based band who carve an intricate folk atmosphere drenched with vocal harmonies and sounds of the sixties. Their music ranges from the intimate to the grand, often cutting traditional folk roots with raw expression and emotion. They have been compared with the likes of Fleet Foxes, Patrick Watson and Nick Drake.

Formed of four multi-instrumentalists the band has previously played across Europe as ‘The Postmen’, they changed their name to ‘Quiet Island’ and released their self-titled debut album in May 2015. This album represents a need for change, a renewal of the members’ love for music.
BROKEN BOAT are a band characterised by their playful approach to music. Jumping from intimate folk ballads reminiscent of Bright eyes and The Decemberists through country, blues and pop they have arrived at an infectious sound that whilst unique, you somehow feel you grew up listening to.

Songwriter Daniel Bahrami and multi-instrumentalists Brendan Kearney, collaborate with a circle of other musicians to create a captivating, colourful live show. Bringing together an unusual mix of strings, horns, accordions, keyboards and percussion, Broken Boat are gaining a firm reputation as much for their deep, honest lyrics as for their intricate, textured compositions and warm vocal harmonies.

Broken Boat started its journey as an acoustic folk duo, gathering a loyal fanbase for their simple, heartfelt songs. They toured the UK in 2014 with their debut album ‘Small Defeats’, which was featured by Bob Harris on BBC Radio 2 and awarded track of the week by BBC Introducing.