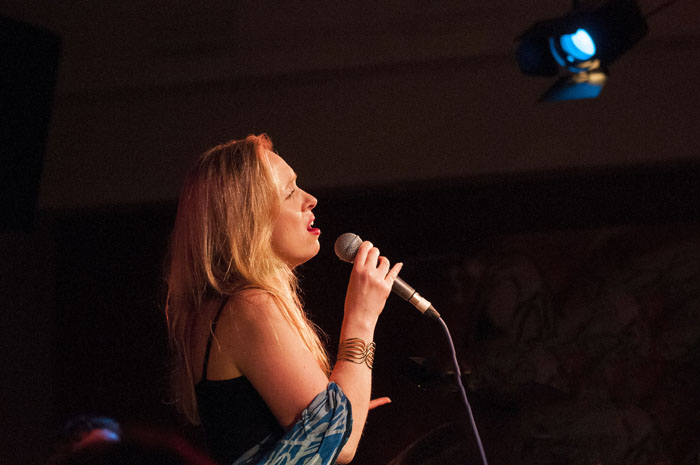 RACHEL SUTTON: This evening, Rachel will be singing songs from her new album ‘A Million Conversations’ which has been called ‘a revelation’ by Jazz Views. This long awaited album is a creation of beautifully crafted original compositions and covers, which is by turns achingly tender, yet sassy and seductive. Lovers meet and they part. The rejected drink and forget. And loved ones are lost forever. The rich tapestry of life runs through this album and is both haunting and uplifting.

Out now on 33 Jazz Records, new release A Million Conversations displays vocalist Rachel Sutton’s talent for both achingly tender and uplifting song writing. Tonight, Rachel will be performing songs from her album as well as her own arrangements of songs from The Great American Songbook.
She has worked with some of the best known musicians from the world of jazz music and her work as a lyricist has seen her collaborate with Liane Carroll and Lance Ellington, amongst others.
When performing live, her extensive repertoire, including her own compositions, is both an exciting and moving experience for her audience.
Her theatrical training is at the core of every song, and her flair for entertainment and easy rapport with an audience is gaining her a first class reputation.
A theatre student at The Welsh College of Music and Drama, she went on to play some of the lead roles in Shakespeare, touring the UK and Europe.  Rachel’s vocal abilities have landed her roles in award winning shows at the Edinburgh and New York Fringe. She has performed sell out gigs at top London Jazz clubs as well as venues and festivals across the UK and abroad. Her role in Lansky: The Mob’s Money Man at The Queen Elizabeth Hall, Southbank and Cadogan Hall received wide acclaim.

Accompanying Rachel this evening will be the exceptional pianist and composer Roland Perrin (Annie Ross, Dudu Pukwana, Brotherhood of Breath).