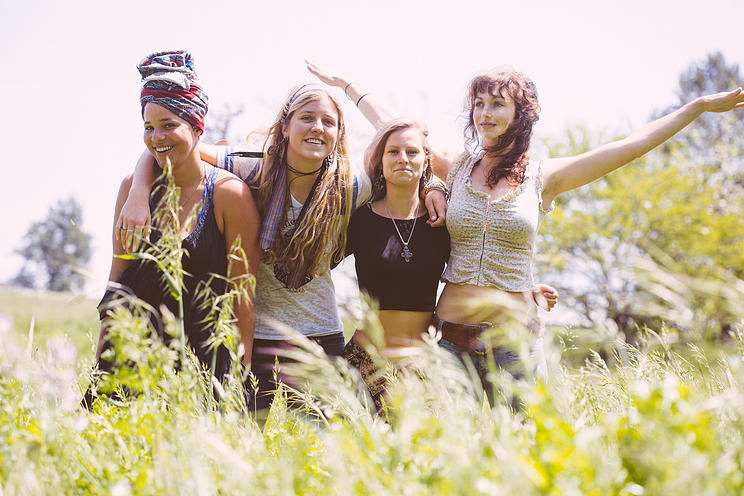 Rainbow Girls is a group of female musicians who write and perform original material with roots in folk, americana, gypsy, funk, soul, and rock n’roll. In addition to their soaring harmonies, these ladies switch back and forth amongst a multitude of instruments including, but not limited to: acoustic and electric guitar, accordion, harmonica, banjolele, bass, keys, ukelele, kazoo, djembe, and drum kit.

Born in an underground open mic night, they began as an acoustic act, busking around the farmers markets of Santa Barbara before hitting the streets of Europe for a summer of couch surfing, busking, and traveling by the skin of their teeth. Since their return, they have evolved into an electric stomp-folk band complete with drums, bass, and a slew of original music. In May 2013 they released their debut album, “The Sound of Light,” and have taken it to Europe, the UK, and the western half of the US. Since the end of their 2014 tour dates, they have been holed up in their new home north of San Francisco recording their newest album, Perceptronium, released June 2015.