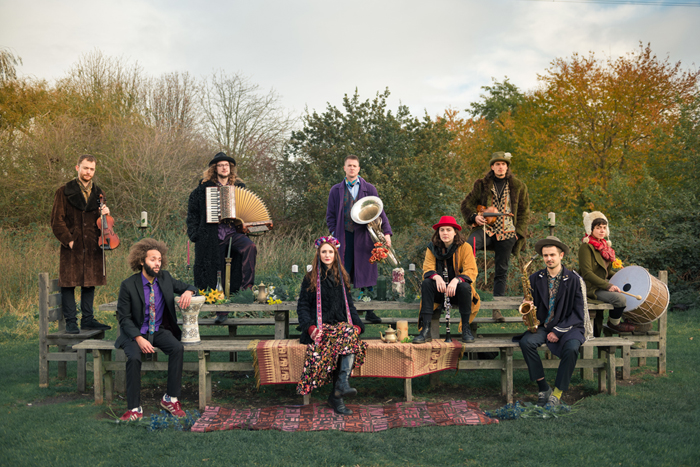 Raka are a 8 piece ensemble who play traditional music from the Balkans. They take their name from a traditional Bulgarian dance the ‘Raka,’ full of leg kicks, clicking heels and hands held high, the unmistakable groove of Raka brings everyone to their feet. Their music has a strong focus in the folk traditions of Bulgaria and Macedonia, as well as the Romani music that span far and wide across the Balkans. Their meandering musical tributaries have all led them to one communal river: the love and commitment to understanding and interacting with the music of the Balkans. They do not play ‘fusion music’, and neither do they imitate. They bring to life a genuinely authentic repertoire wherever they are, from sweaty back rooms of North London clubs to concert halls on the banks of the Thames. They took the dance for their name as that’s what they love to do best: to move. A heart rending lament can move the body as much as a pounding Bulgarian Pravo, and in Raka they have made space for both, and everything in between.

“Absolutely magnificent, no one can sit still listening to Raka!” DJ Ritu, A World in London – Resonance FM

“Raka burst with traditional Balkan flair, the group earn their title as the essential act of the weekend.” Eva Hibbs, Nightshift Magazine