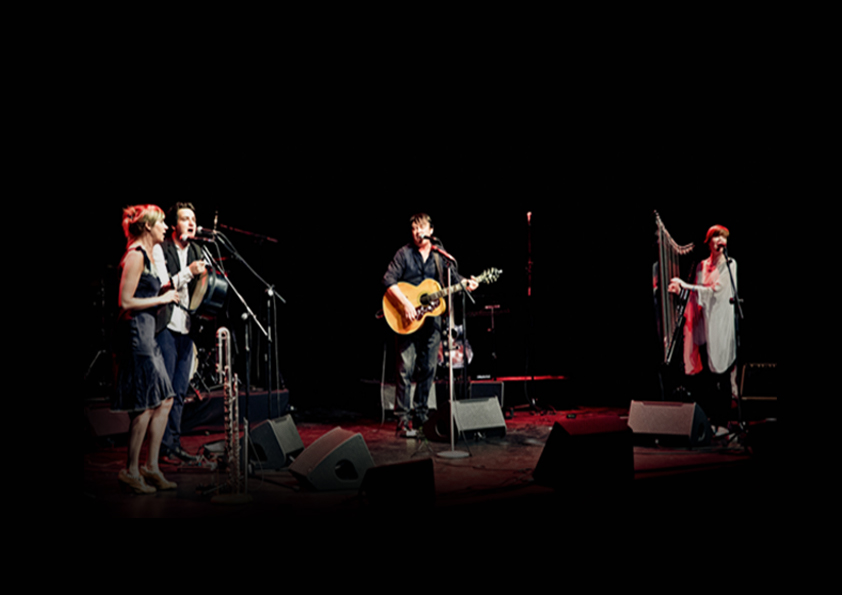 Live highlights In 2015/16 included performances at Cambridge, Gate, Southwell, Wath, Stourbridge and Purbeck Folk Festivals, Birmingham Symphony Hall and Folk on the Quay. Consolidationg their love for world music the band have also collaborated with leading Indian Musicians at The Bhavan Centre,London – the largest Indian Music Cultural Centre outside India.

‘How often do you hear a sound that’s completely new, which has great energy and immediately makes you want to dance? I’ll be following Ranagri around, I hope they don’t mind… ‘ Katie Derham, BBC Radio 3

Inspired by the craftsmanship of songwriters Neil Young, John Martyn &
Nick Drake,STEVE DAGLEISH performs original songs interspersed with interpretations of ‘trad’ and modern songs at folk clubs and festivals
across Britain – recent highlights have seen him play to a packed Bush
Hall.

Steve’s debut album ‘Only Losers Write on Bridges’ received extensive UK airplay, including support from 6 Music’s Tom Robinson, and saw him record live sessions for Bob Fischer’s superb BBC Tees radio show and many more across the country. Steve spent most of 2016 touring and writing a second album of original songs. ‘Yours for Eternity’ was launched in October 2016 and shortlisted for ‘Best Album by a Male Artist’ in the highly respected ‘FolkWords’ 2016 review of the year.

“The essential ‘man with guitar’ album will never go out of style, it’s
just that some do it so much better than others. To hear how it should be done listen to ‘Yours for Eternity’ from Steve Dagleish.” – Tim Carroll – ‘FolkWords’