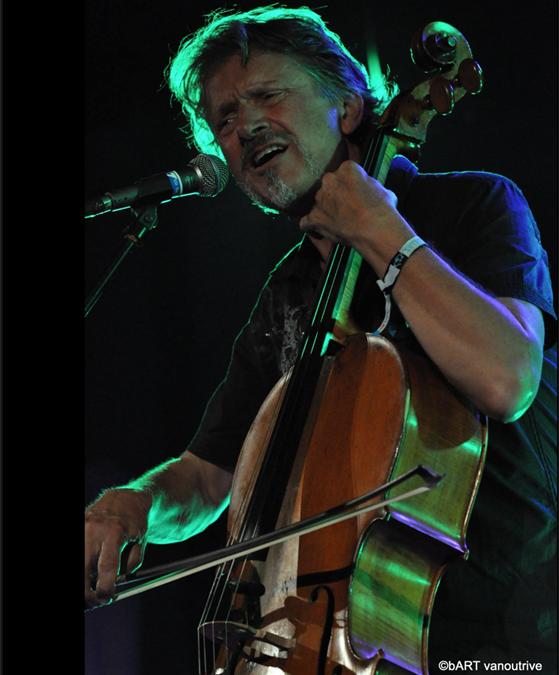 RAY COOPER: Ray Cooper, a former member of Oysterband, left the group 2013 and has now released 3 solo albums and a song book. Ray is a story based singer songwriter and multi-instrumentalist, performing with cello, guitar, mandolin and harmonica. Ray lives in Sweden now and has a special love of winter, he even has a song about the Arctic. His songs range in subject, the title of his first album gives a clue: ‘Tales of Love War and Death by Hanging’.

Ray’s style straddles folk and rock and his latest release ‘Between The Golden Age & The Promised Land’ sees a simpler and stripped down more acoustic production inspired by producer Rick Rubin’s treatment of Johnny Cash’s late recordings. It is a big sounding record with serious themes but is nevertheless simple, raw, joyous, and unashamedly romantic.

‘Ray is one of those songsmiths who possesses the ability to really get inside the characters..– his insights are penetrating’ ..’– majestic, full bodied, confidently widescreen in nature’.  fROOTS

‘Musically ‘Between The Golden Age & The Promised Land’ is a majestic, tour-de force of an album, destined, surely, to become one of the releases of the year’.Fatea

‘….just get out there and buy it as soon as you can.’ RnR magazine.