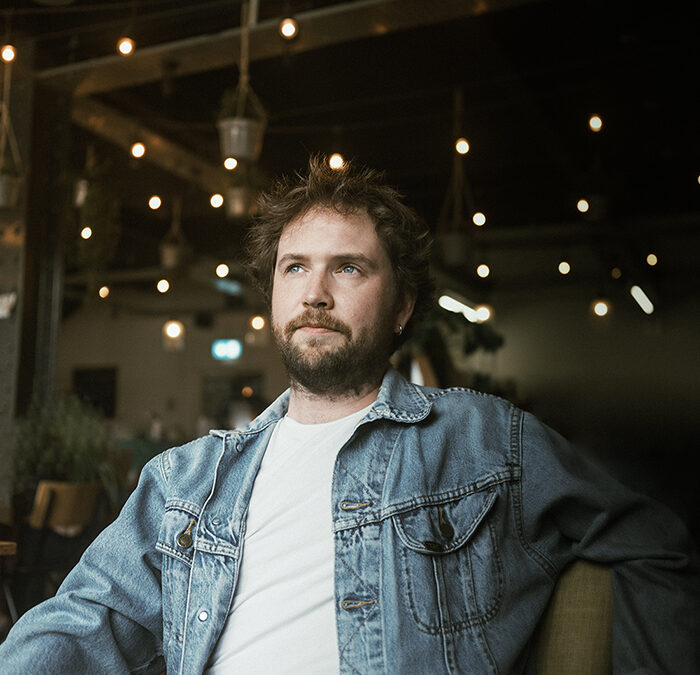 REN LAWTON: Multi-instrumentalist Ren Lawton has had a diverse, often tumultuous, career in the music world. Originally performing under his own name, Conor Owen, he experienced the highs of supporting the likes of We Are Scientists and The Subways. Having taken a break to concentrate on tour management, Conor gained a well of experience living out of a van, travelling and playing in bars. Reinvigorated, the time was right for Conor to reinvent himself, begin writing and ultimately perform under the moniker Ren Lawton.
Today Today Tomorrow is distinctive debut album drawing inspiration from British folk traditions, Americana, blues and soul. Conor illustrates his eclectic methodology through the gentle soothing of forthcoming single and album title opener, to the playful, uplifting bop of ‘Thinking About You’. As you move through the record the multi-genre variety becomes ever more apparent. From the ethereal beauty of ‘Willow’ and ‘Come All You Mourners’ to the harmonica-filled crescendo of ‘The Writer’, Today Today Tomorrow dazzles throughout.
Conor’s atmospheric brand of contemporary folk has resonated far and wide. With over 1 million Spotify streams of single ‘Piece of Your Heart’ as well as airplay on Tom Robinson (BBC Radio 6), BBC Wales, BBC Newcastle and BBC Bristol. He has also picked up press support from tastemakers such as Clash Magazine, Folk Radio, Thank Folk For That, Narc, Fame Magazine, Contact Music and many more.

‘Like listening to a reflective Radiohead after an autumn in a cabin, listening to early Floyd cassettes, as Jeff Buckley drops by for tea.’ Larmer Tree Festival
‘Ali Warren could end up being a real superstar in the indie-folk/rock music scene’ Glastonbury Emerging Talent Competition

Following the recent release of his soul-drenched indie-folk epic ‘Head Over Heart’, Ali Warren is already planning the next single for March 2022.
Warren‘s ethereal vocals have been likened to Jeff Buckley by many tastemakers including Tom Robinson’s blog Fresh On The Net, who has also championed Warren’s lyrical post-rock on 6Music and BBC London. He’s had festival appearances at Larmer Tree and Sofar Festival, as well as United Islands Festival in the Czech Republic and made it to the longlist on Glastonbury‘s Emerging Talent Competition. Warren also hosted successful folk night ‘Stroke Your Beard‘ at The Windmill in Brixton.