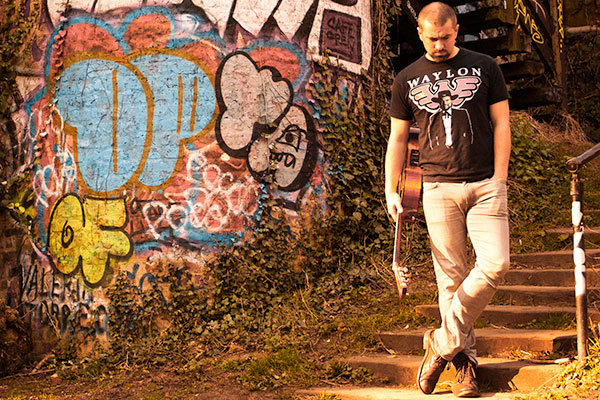 Rob Corcoran and the Necessary Evils is a coming-together of Irish troubadour Rob Corcoran’s ‘heartfelt’ songs energised and enriched by his alt-country super-group, The Necessary Evils, whose members include Lyle Zimmerman (Bouzouki, Mandolin) Basia Bartz (Violin) Jamie Shaw (Drums) and Anna Robinson (Bass and backing vocals). Steeped in the influence of American folk and roots music, served up with his own Dublin turn of phrase.
“I implore you check him out, don’t let me down, because this guy is rather special.” Americana UK 9/10
“From the moment he steps on stage, Corcoran perspires authenticity in that fluent way that a hundred record execs have tried and failed to manufacture”. Anne Frankenstein: Resonance FM (UK)

Kelley McRae grew up in Mississippi but called Brooklyn home for years before teaming up with guitarist Matt Castelein in 2011, when the husband and wife duo traded in their NYC apartment for a VW camper van and hit the road full time. Thousands of miles and hundreds of shows later, they have toured coast to coast in the US, played to packed rooms across Europe, sold-out the Bluebird Cafe in Nashville, and continue to build a passionate and dedicated following on the strength of their live performances.

Drawing comparisons to Lucinda Williams and Gillian Welch, the duo’s music is wide ranging – comprising haunting ballads, tender love songs, and energetic guitar driven songs full of hope. The legendary German film director Wim Wenders told the San Francisco Chronicle that Kelley’s songs move him to tears. BBC Radio host and tastemaker Bob Harris calls the songs ‘brilliant.’ Paste Magazine’s 4 Star review raves that “Kelley moves effortlessly from the mournful tones of the plantation to the celebratory swing of the saloon, from songs of loss and decay to hymns of love and grace.”

Her new album, The Wayside, released April 7th, 2016, explores the rugged, unfolding experience of life on the road. McRae’s vision is completed by co-writer, guitarist and husband Matt Castelein, whose distinctive guitar work and vocal harmonies add nuance and energy to the album.