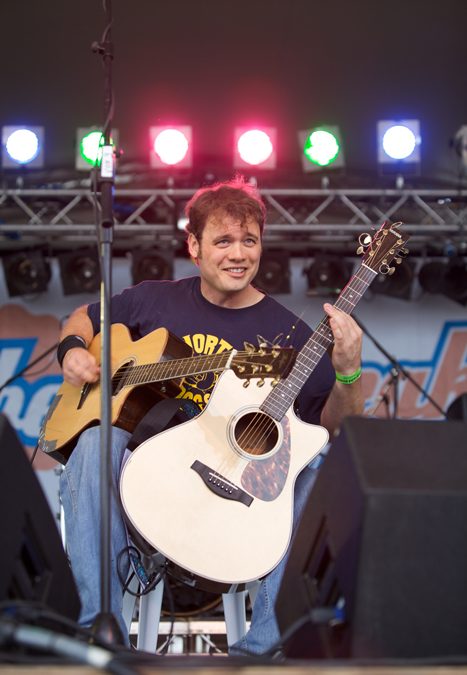 Texas-raised Londoner Rodney Branigan learned to play in Austin, perform in Los Angeles, craft songs in Nashville, and put it all together in London.
Artists are often described as having “a unique talent”; few epitomise this more than multi instrumentalist Rodney Branigan. In fact, Texan-born Rodney’s talents as a musician are as plentiful as the many instruments he expertly plays side by side.
He masterfully combines extraordinary multi instrumentalist skills with heartfelt lyrics and a rich soulful voice;(often compared to Jeff Buckley)

“The revelation of the year or even the decade” (Crossroads Magazine, France)

A passion for musical diversity has seen Rodney travel the world with his own, inimitable style of musicianship. Having toured his native America coast-to-coast, Rodney’s desire to share his fusion of organic progressive folk with undertones of rock, flamenco, classical, bluegrass and jazz have also seen him play China as well as France, Germany and Switzerland; earning him love from new fans and respect from established musicians alike.

Rodney Branigan the songwriter is a truly gifted man. Rodney Branigan the performer has to be seen to be believed. Having opened for Billy Sheehan, Jack Johnson, Francis Cabrel, G-Love, Billy Bragg, Albert Lee, Show of Hands to name a few.

Rodney’s talent is equalled only by his commitment to his fans and following on from his sponsored national tour with The Times Of India 2007, his ever expanding resume now includes an annual tour of India (playing not only in the Himalayas but also supporting the country’s biggest rock band, Pentagram).

“Rodney Branigan is one of the most amazing artists you will ever see. Not simply because he is unique, but rather because he is impossibly talented” (Music Connection Magazine)

The personal, searching lyrics of his songwriting married with his stand-out ability as a musician have gained him recognition and appreciation from BBC Radio as well as a host of music publications including: MI Pro; Music Maker; Acoustic Guitar; Guitarist, Paris Moves, Times of India, Beijing Today, Music Week, Rolling Stone-India, Music Connections, GuitarTechniques.

“Leave to cross France from end to end, because this is what we call a real discovery. A contemporary musician as innovative as the Boulez was in his time” (Paris Moves)
Rodney has guest lectured at a number of music conservatories and universities throughout China, India, The Baltic States, UK, USA…regularly hosts workshops around the globe teaching guitar technical courses to accomplished players. In 2011 he hosted the Progressive Fingerstyle Course at the International Guitar Foundation’s Festival and headlined Clonakilty International Guitar Festival, in Ireland.

A multi-talented musician; a voice that delivers honest, self-penned lyrics with soul and feeling; a globally recognised performer; an inspiration to a new generation of musicians.