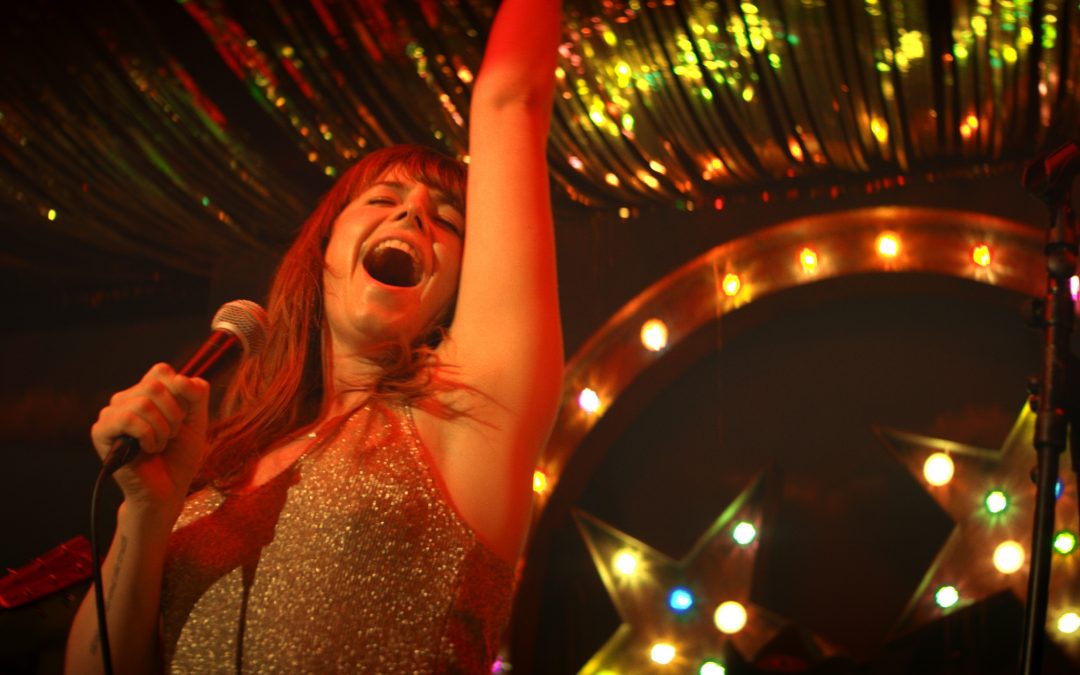 Actress Jessie Buckley performs as Rose-Lynn Harlan from the forthcoming feature film Wild Rose (premiered at the BFI Film Festival 2018), a celebration of Country Music and family life in Glasgow.

Buckley has recorded her soundtrack to the feature film as the character Rose-Lynn from the film, released on Island Records October/November. The songs, co-written by Buckley and screen writer Nicole Taylor, are raw, raunchy and pack an emotional punch that will launch the career of the character from the film; an extraordinary first for a soundtrack release. Rose-Lynn is born and bred in Scotland’s music city and tipped for fame by Radio 2 legend Bob Harris. As a young country singer from Glasgow she is looking to make her mark on both sides of the water. No US-country copyist, she is writing and singing the songs of where she’s from. Directed by War & Peace’s Tom Harper, the Wild Rose cast also includes Julie Walters and Sophie Okonedo. Jessie Buckley has previously been seen in War & Peace, Taboo, Beast and BBC’s The Woman in White. Wild Rose will be released in the UK in the November 2018.