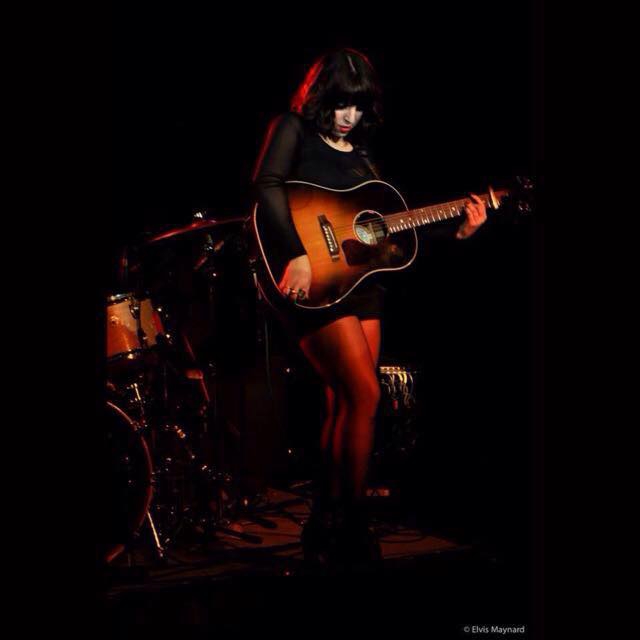 New York City based musician RoseAnn Fino writes songs about booze fueled nights and tongue in cheek love in a folk/rock style. The music is a blend of americana roots and city punk.

RoseAnn Fino grew up in a small farmhouse in the Hudson Valley that always had Dylan or Springsteen blaring. Her parents, avid music fans, began taking her to nightclubs and concert halls as soon as she could walk. When she turned five her father put a guitar in her hands. A kiss on the head from Patti Smith when she was eight, a pick from Bob Dylan’s steel guitar player when she was ten, these moments shaped her and gave her a drive to become a performer herself.

Fino moved to New York City when she was just seventeen. There she began writing her own tunes about booze-fueled nights and tongue in cheek love. She studied writing and music performance at Hunter College. A plucky, awkwardly dressed country girl, she began shakily playing her songs at open mics. Soon she began to find her voice: a mix of city punk with country/americana roots. Though, it wasn’t until she went into the studio with producer Aaron L. Hurwitz (Professor Louie-The Band) to record her debut album in 2013 that it all started to come together. Featured on the recording is the legendary group Professor Louie & The Crowmatix with guitarist John Platania (Van Morrison). With the album, which was released on Woodstock Records, she was able to solidify her expressive singing and distinctive style.

In 2015, she went back into the studio, this time Atomic Sound Studios in Brooklyn, with a bunch of her friends and recorded her latest EP “Out From Under” in one day. Deciding to take a different approach, this time she co-produced the album with her musical companion and bandmate Ryan Shapiro.

“Out From Under” was released September 2015 and her follow up EP “An Airing of Grievances” will be released April 2016. Fino currently lives in Queens and tours with her lovely bunch of misfit bandmates.