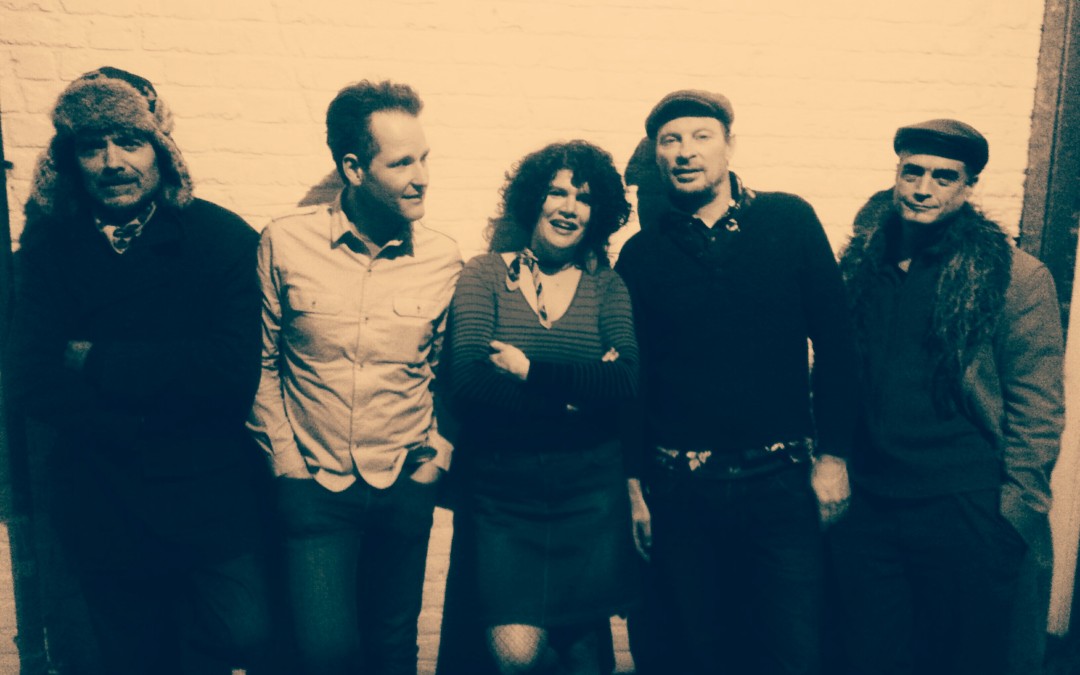 ROSIE BROWN and her band return to the Green Note with their eagerly anticipated fourth studio album hot off the press. They create a beguiling and intricate music, filmic and funky, full of startling emotions, wrapped in the honeyed delivery of three-part harmonies, the cool and understated precision of the guitars, haunting and deft horn lines, and a rhythm section who “stroll as old friends around a familiar ornate park”. The band have a special ability to inhabit complex, vigorous music, but wear it lightly and with an ease that allows the listener to be fully, equally present.

The music draws on elements of country, 60s surf and jazz, and takes the listener into its confidence, whispers in the familiar tones of nostalgia, sings openly of emotions, of hopes and fears for the future. Songs with surfaces all light and shimmering, evocative of landscape, love, loss and the disappearance and reappearance of darkness and light.

“As fresh and enveloping as morning mist – and as disquietingly opaque – the music of Rosie Brown weaves a wondrous spell. She is partnered by producer and co-writer Bernd Rest, whose neat guitar parts (along with Simon Russell’s double bass, and the general air of trippiness) recall vintage John Martyn… uniquely affecting sounds which unsettle as they seduce.”
MOJO

Tim Keegan is an acclaimed singer and songwriter, probably best known as front man of Departure Lounge, who reunited in 2019 for UK shows to celebrate the 20th anniversary of their debut album and ended up recording an album of brand new co-written material, Transmeridian, which came out in March 2021, a mere 18 years after their last outing. The single, Australia, featured special guest Peter Buck from R.E.M. on guitar.

In a career spanning three decades, alongside his own musical projects, Tim has been a regular accompanist of Robyn Hitchcock (appearing on several albums and in Jonathan Demme’s Storefront Hitchcock film) and has worked with numerous others including John Paul Jones of Led Zeppelin, Kid Loco (appearing on three albums including 2019’s The Rare Birds), Josh Rouse, Tahiti 80 and The Blue Aeroplanes, while living variously in the UK, Nashville and Paris.