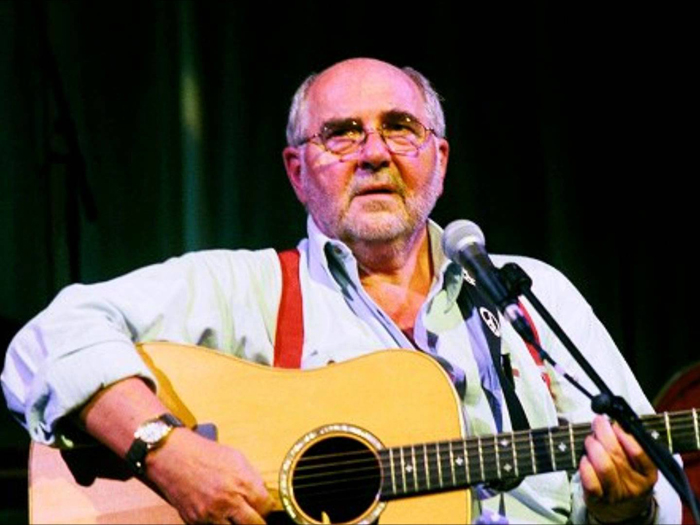 For 50+ years, Roy Bailey has been one of the UK Folk & Acoustic scene’s most loved and admired performers. From his early days performing skiffle in student union bars, to his love of traditional songs and the stories they tell, onto developing a unique repertoire of songs of dissent and hope, he has performed on stages, TV and radio all over the world. In 2000 he was awarded an MBE for Services to Folk Music – an Award he later returned in protest at the Government’s Foreign Policy. In the 1970’s Roy joined forces with Tony Benn to present their show ‘The Writing on the Wall’ for which the duo won Best Live Act at BBC Radio 2 Folk Awards in 2003. Now with more than 50 years as a performer, Roy is as compelling, entertaining, thought provoking and moving as ever before. Colin Irwin writes of Roy’s new CD ‘Below the Radar’ as being “… so impeccable it must surely merit consideration as the best thing he’s ever done.” (fRoots June 2009)

“… as powerful as anything I’d heard by The Clash – it was Roy’s voice, the strength of it and the compassion in it.” Billy Bragg

“Roy represents “the very soul of folk’s working class ideals… a triumphal homage to the grass roots folk scene as a radical alternative to the mainstream music industry.” MOJO

He has been described in the GUARDIAN as being the possessor of one of the finest voices in the folk world and has a large, widespread and very loyal following worldwide.

Roy has worked with many different people throughout his career and can count many well respected people, from all walks of life, among his enthusiastic supporters:

TONY BENN: “…the greatest socialist folksinger of his generation”

MARTIN CARTHY: “…he is very exciting to play for because he is so strong”

KAREN TWEED: “… there’s so much to be learned from Roy Bailey in the music that we do”

Introducing Roy at his highly successful Royal Albert Hall concert in 1998 CHRIS SMITH, the Secretary of State for Culture, Media and Sport, described Roy as “one of folk music’s finest performers and one of the world’s best carriers of the people’s message.”

Roy has also pursued a distinguished academic career. He has lectured in Universities and Colleges in Britain, Germany, Belgium, the USA, Canada and Australia. He has now retired from academic life and is an Emeritus Professor of Sheffield Hallam University. In 1989 he was elected a Fellow of the Royal Society of Arts (FRSA).