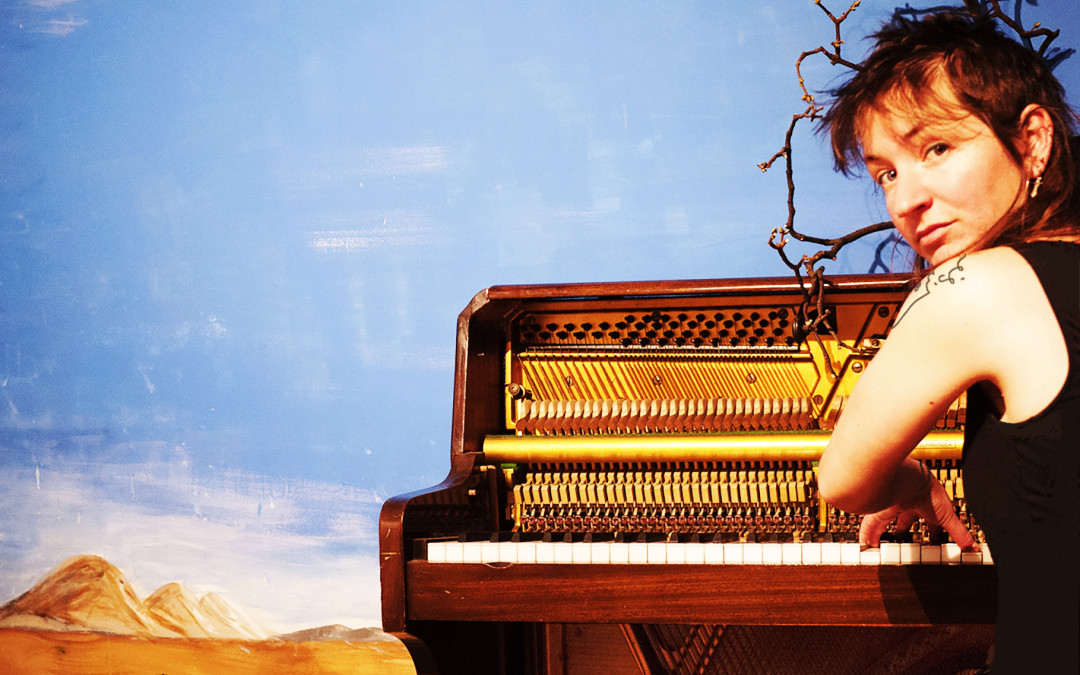 RUTH THEODORE: Known for her quirky, insightful, poetic lyrics and insidious melodies, Ruth Theodore is so much more than a singer-songwriter. Her use of unconventional guitar techniques and unique tunings has thrilled listeners and dumbfounded peers since the release of her 2007 debut, ‘Worm Food’. This gig celebrates the launch of Ruth’s fourth solo album, ‘Cactacus’, which will be released in September ’16 on Aveline Records. The recording sessions saw Ruth crossing the Atlantic to collaborate with Todd Sickafoose, who is best known for his work with Ani DiFranco and recently produced two award-winning albums for Anais Mitchell.
As Todd himself notes… “Ruth writes alternative folk and blues music but at heart she is a pure punk San Franciscan beat poet“.

“She has a delicious turn of phrase… and there is an album full of her brainy quirkiness, so listen closely!” – Lopa Kothari, BBC Radio 3.

“Ruth is an amazing vocalist and a supremely talented guitarist… Cactacus is a vastly creative album, written by an extremely talented individual. It’s going to be released on September 23rd on Aveline Records. You’d be a sucker if you didn’t check it out. Please, don’t be a sucker.” – The Indie Folk Music Review

Raised in Canada with an Argentinian father and a Scottish mother, Alejandra Ribera was born with the world in her genes. And the globe spins on ‘La Boca’, an album that soars a cloud floating above storms, its music that crossing musical continents and frontiers, from chanson to Latin to blues and the sharp, intense beauty of real pop. Her dreamer’s voice rises, light as gossamer but with a heart of passion. Her songs fly.