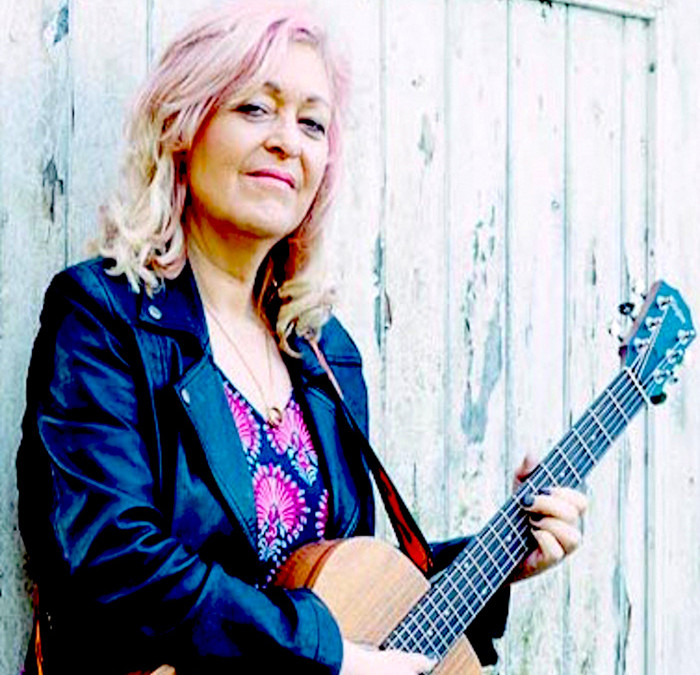 Whether singing the songs of Sandy Denny in the reformed Fotheringay, as a member of revered fem-folk group The Poozies, a solo artist supporting Bob Dylan, Robert Plant and Richard Thompson or Tom Jones’ finalist on BBC TV’s The Voice SALLY BARKER brings any song gloriously to life.

A singer/songwriter whose back catalogue encompasses folk, jazz, blues and soul, she reduced Sir Tom Jones to tears as he mentored her through to the final of The Voice 2014.

She remains fiercely independent and true to her craft as she presents songs from her new ‘Love Rat’ ep alongside those from albums ‘Maid in England’, ‘Another Train’ and Youtube favourites ‘Dear Darlin’ and ‘To Love Somebody’ – a truly captivating performer as much at home in a folk club as on national television.

Sally is joined tonight by flute and accordion maestro SARAH ALLEN, a founder member of the highly acclaimed and award-winning flute-based Anglo-Irish folk band, Flook. Flook have toured the world for the past 20+ years  promoting their 3 highly acclaimed albums and invigorating the folk scene with their mix of traditional tunes with contemporary beats.. Sarah, who also toured with The Waterboys, was previously with The Barely Works, The Happy End, BIGJIG and Oysterband.