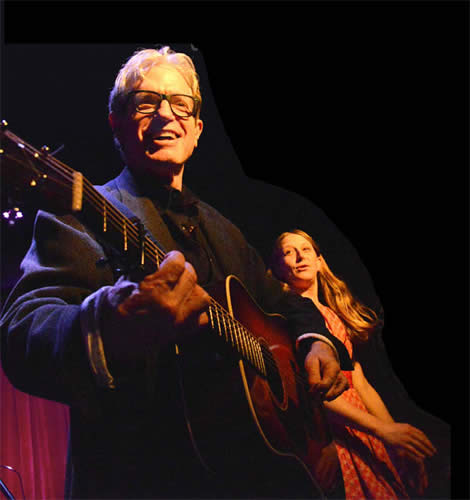 “Life is a gift. I went through a lot of bitterness- a lot of anger. But those things are toxic. Gratitude for what remains is more helpful than resentment for what was lost’. Sam Baker

Texan troubadour Sam Baker is pleased to announce his return to the UK this October for a UK tour with Country/Folk singer Carrie Elkin. ‘Say Grace’ established Baker as a gifted and eloquent songwriter while the experimental musical arrangements of the album embrace his lyrical artistry and define him as one of the most legendry Texan songwriters. There is also a treat in store for the avid Sam Baker fan, a new release is set for at the end of the year in the form of a box-set, featuring all previously released albums, exclusive interviews, new tracks and a booklet of artwork. Sam Baker’s introduction to song-writing and live performance began as a method of coming to terms with a tragic, life-changing moment. Aged 32, taking a train ride through Peru, a bomb exploded in the carriage causing catastrophic damage and killing seven people, including a German boy and his parents who were sitting close by. Having survived, but left with both physical and psychological scars, Baker set out determined to relearn the guitar and rebuild his memory and speech. To this incident his minimalist storytelling techniques and lyrical elegance have been attributed; his reflection on life and appreciation of each day a clear theme throughout his work. Catching the attention of taste makers including BBC Radio’s Bob Harris with his first album ‘Mercy’ in 2004, Baker followed up with ‘Pretty World’ in 2007 and completed the set with ‘Cotton’ in 2009; now referring to this as ‘The Mercy Trilogy’. The trilogy maps his path of recovery combined with the overwhelming theme that ‘Everyone is at the mercy of another a one’s dream’. With the support of pledges from fans across the world, Baker returned in 2013 with his album ‘Say Grace’.
We are delighted to be hosting this show with Sam and Carrie. They will be performing together a night of “Love Songs and Duets” – this will include covers of songs they love and of course a selection of everyone’s favourite originals.