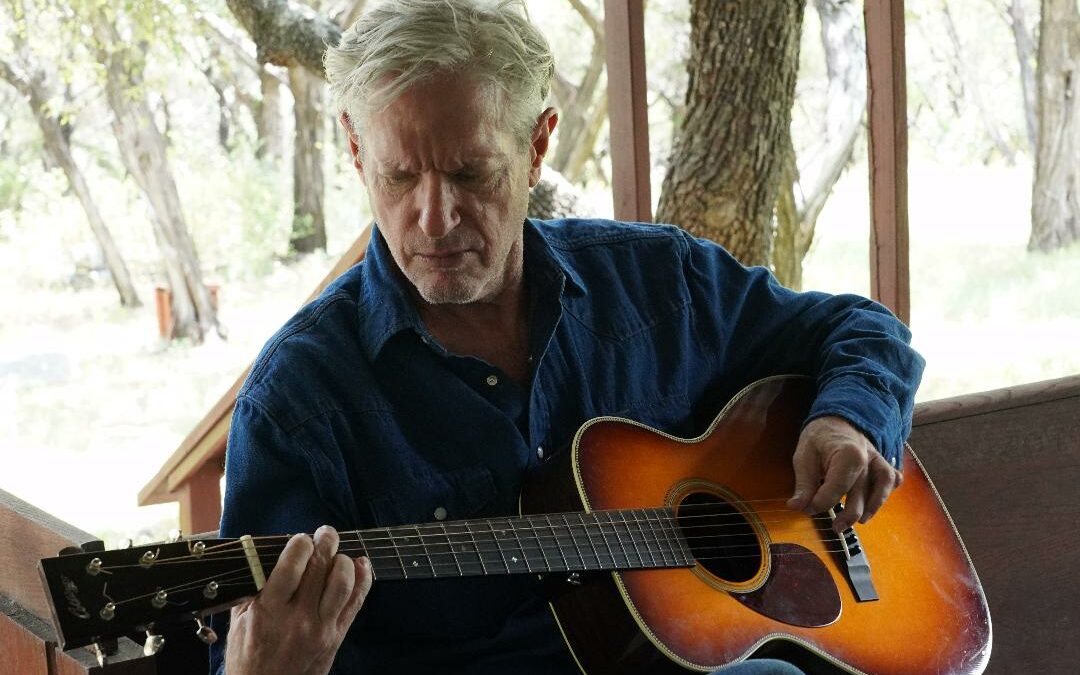 SAM BAKER makes people happy. The characters in his songs face many challenges – alcoholism, car wrecks, racism, drug addiction, a mother’s abandonment – but they persevere. Much like Sam himself.

In 1986 Sam got in the middle of someone else’s war. When a terrorist bomb exploded in his train compartment, he went from being a young, healthy, tourist enjoying Peru with friends to a broken man surrounded by death and dying. Given his injuries, he too should have died. But through a series of miracles and coincidences he survived.

There were lots of surgeries, and the requisite pain pills. His leg was saved by a successful femoral arterial graft. When the cranial bleed in his brain healed, he had to relearn nouns, and after his right eardrum was replaced, he regained some hearing. With the top of his left hand gone, it seemed that his formerly skilful hands had been transformed into blocks of wood, but eventually those hands learned how to play an upside-down guitar.

Physically, Sam was recovering, but his life was filled with pills, booze, and rage. Then came the voices and messengers that helped him see that the greatest gift is life itself. He learned about forgiveness. He needed to tell his story. Songs started to come from that upside-down guitar. Before he knew it, there were CDs, tours around the world, an interview with Terry Gross, and awards in Rolling Stone.

Sam feels compelled to tell his story – through his music, art, or any means possible – to one person at a time, or to thousands from a festival stage.

A Sam Baker show is a celebration. Some songs tell of everyday people who survive life’s daily challenges; others are stories of growing up in a small Texas prairie town. All his shows are an acknowledgement and appreciation of the pure joy that comes with people gathering to listen to live music. Sam’s fans travel to see him, often driving hours to experience the powerful performance. After the show, they tell Sam their stories. At the end of the day, we all go in peace.

“The Bard of the Workaday World” – Wall Street Journal

“Maybe the most captivating songwriter in America.” – Lone Star Music

Praise for Land of Doubt:

With a sound both soaring and sad, the Texas-based Baker sings in a raspy talk-whisper that makes you stop what you’re doing, sit down and listen. —Scott Stroud, The Associated Press

In some ways, more a poet than a musician, Baker paints vivid pictures with often simple phrases.  Baker somehow simultaneously sounds both tough as nails and fragile as glass… Peter Blackstock, The Austin American Statesman

Sam Baker has reached a career high with ‘Land of Doubt’; it’s an album, a complete piece of work and one of the most beautiful pieces of art you will hear all year.”—Penny Black, UK