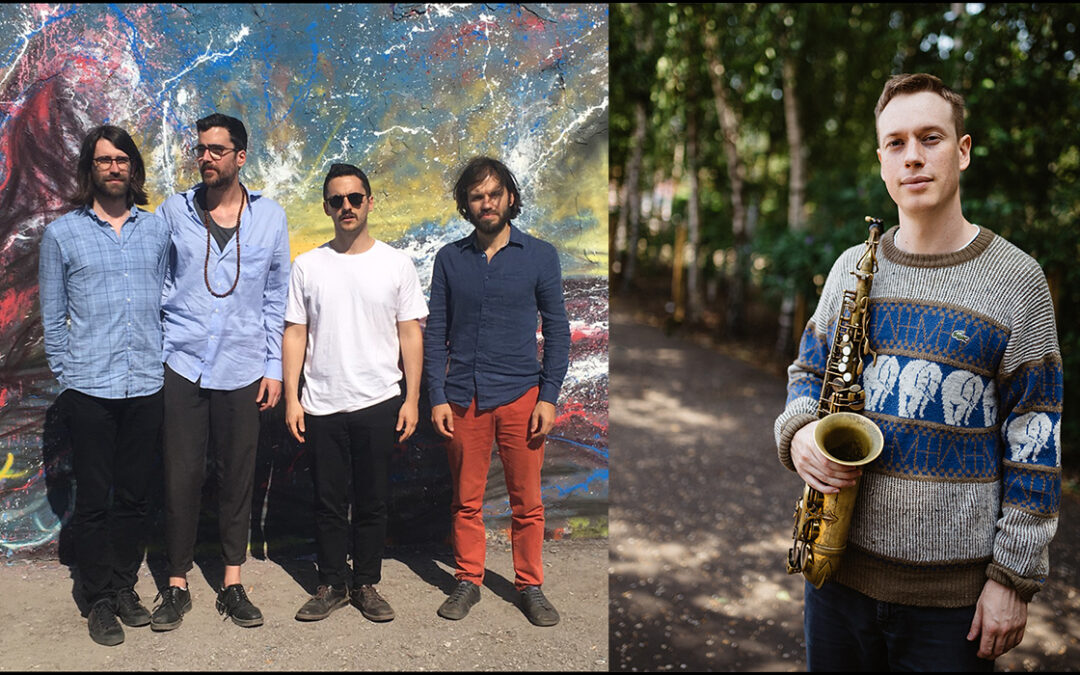 The alto saxophonist’s recent album, Dance Little Lady, Dance Little Man, features Catalan drummer and vibraphonist Jorge Rossy (who is best known for his stint with Brad Mehdlau’s trio) and London double bassist Tom Farmer (Empirical, Anoushka Shankar, Joe Stilgoe). The record received international acclaim, with Jazzwise noting: “A triumph of intelligence and sentiment from all in this subtly stand-out recording, with a deceptive simplicity that reveals new depths with each listen.”

DUGONG: Dugong is an up-and-coming band formed by some of the finest musicians on the European jazz scene: guitarist Michele Caiati from Milan, saxophonist Nicolò Ricci from Amsterdam, and London based rhythm section featuring bassist Andrea Di Biase and drummer Riccardo Chiaberta. Dugong’s individual sound draws inspiration from Alternative Rock bands such as Radiohead, Modern Jazz improvisers such as Craig Taborn and Classical composers such as F. Chopin. They experiment with unusual musical techniques such as through-composed jazz pieces and improvised linear counterpoint.

Dugong’s main focus as a band has been to develop a distinctive sound based on an extensive use of the acoustic dynamic range with the aim to generate an intense emotional response from their audience. They worked on written and improvised counterpoint – often experimenting on complex structures and expanding the stylistic language of their compositions through the analysis of several classical masterpieces; a work which culminated in the recording of a rearrangement of Frederick Chopin’s piano etude N.6.