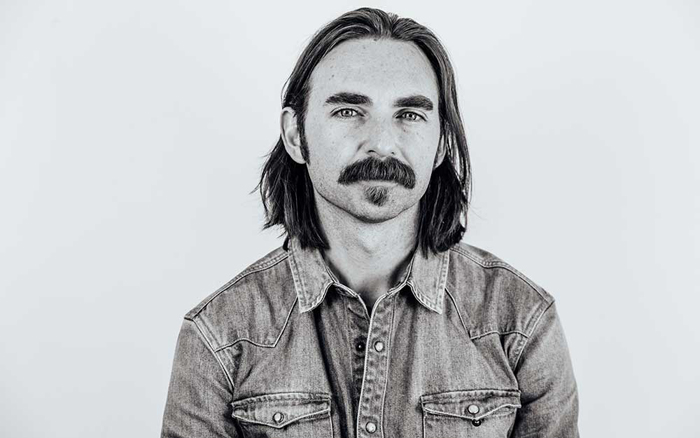 SAM LEWIS: With rich soulful vocals, well-crafted songs, roots country and blue-eyed soul Sam Lewis is connecting the dots. Whether crossing genres or state lines, he has pieced together a story people need to hear. Sam Lewis’ debut album ‘Waiting on you’ received a top review from Mojo and featured in the Telegraph’s list of top country albums from 2015.

Lewis’ record Loversity released in May 2018 is composed of 14 tracks that Lewis has spent over a year and a half writing and playing for others. Since Waiting on You, his classic style remains present yet matured, with a more refined worldview, “These newer songs have been harder to write, but extremely necessary given the current climate I find the world in.” Recorded at Southern Ground Studios with engineer and co-producer Brandon Bell, the album spans from upbeat songs like the title track “Loversity” to the darker “One in the Same,” an electric guitar heavy ballad with a driving force reminiscent of the Black Keys’ Brothers. While most songs are originals, the record includes “Accidental Harmony”, a lullaby that fellow Nashville songwriter John Mann wrote for his first born child, and “Natural Disaster”, a Loudon Wainwright song that Lewis felt drawn to.

As current events in the world divide the masses based on difference, Sam Lewis’ new album is a soul-filled, catchy collection of reminders that diversity and unity can co-exist.

Sam Lewis has collaborated with everyone from Leon Russell to The Wood Brothers. Chris Stapleton dubbed him “a modern Townes Van Zandt”. And while he’s often labeled with some form of the word ‘soulful’ (some have even compared his voice to molasses), Lewis’ style meets at a juncture of many different genres. There’s something about Sam Lewis that is indescribably different ¬¬ and with his newest project, he’s discovered what most musicians spend lifetimes working for ¬¬ the place where feel ¬good music meets vital social commentary.

While it bears the sonic landmarks of roots music’s most fertile ground, the songwriting of Sam Lewis is born of a landscape that can only be felt, not seen. His music is native to the infinite expanse that is exposed when human attention is full, and focused inward – harvested solely by the nuanced rhythm of love. Sam’s songs are rooted in the energy that defines this harmonious frontier, the space that unifies the human experience in each of us. It’s the anchored spirit in this incubated territory of soul for which Sam Lewis works to celebrate and elevate with the tones of rock & roll, rhythm & blues and a country-folk muse.

Sam is not the first man to turn over this primal soil, but he is unquestionably here to be the one that keeps sowing the field. Lewis laments, “I flip on a radio or stare at my phone, and I hear some familiar sounds and I see some flashy things being made right now – and that’s cool. But it’s real hard to find something that’s being said beyond what’s superficial. And then go I and spin a record by Lee Dorsey and I feel the world lifted with four words and a funky groove, and then I’ll listen to Pops Staples preaching the most earnest spirit with some shake, swagger and sweat thrown on it – and man there it is, there’s the fresh air, there’s the hope. These are the men that paved the path I want to walk on, the path I want to preserve. Everyone is welcome to walk it with me. I hope they do.”