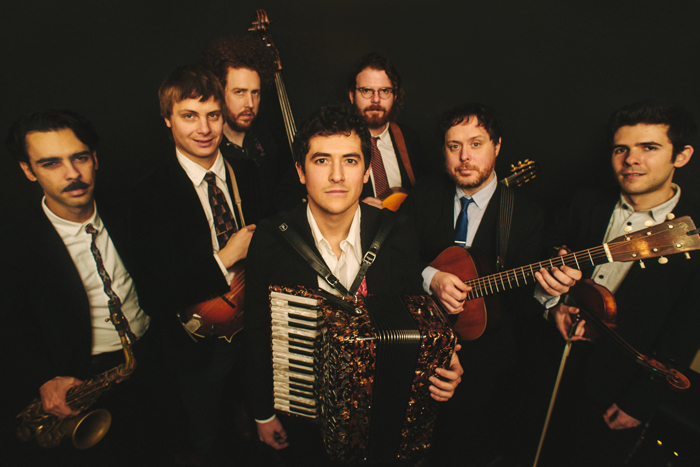 They are rapidly becoming one of the most talked about musical experiences in the USA and those in the know over here have already heard the buzz.

Sam Reider and The Human Hands (his hand-picked cream-of-the-crop band) were the talk of the town when they showcased at Folk Alliance International in Kansas City in 2018.

The debut album, Too Hot To Sleep, won them a huge amount of attention when released here. Songlines magazine awarded a prized Top Of The World rating, writer Doug Deloach saying: “it’s a lovely, lively romp through the mind of an exceptionally gifted band leader and composer.”

Over at RnR magazine, writer David Innes described them as “staggeringly virtuosic,” and added that they had “painted melodic stills and footage in some sort of multi-colour travelogue ranging from jazz cellars and south-of-the-threatened-wall cantinas, to widescreen desertscapes, prairies and souks.”

They are in the UK for the first time as one of the main visiting attractions at Celtic Connections festival in Glasgow.